At the time of this map&apos;s creation, the United States had imposed a diplomatic and commercial embargo on communist Cuba as Cold War tension between the United States and the USSR grew. The signs of this tension are evident in the distant early warning lines, missile tracking stations, and missile ranges shown on this detailed map of the North American continent. Published in April 1964. 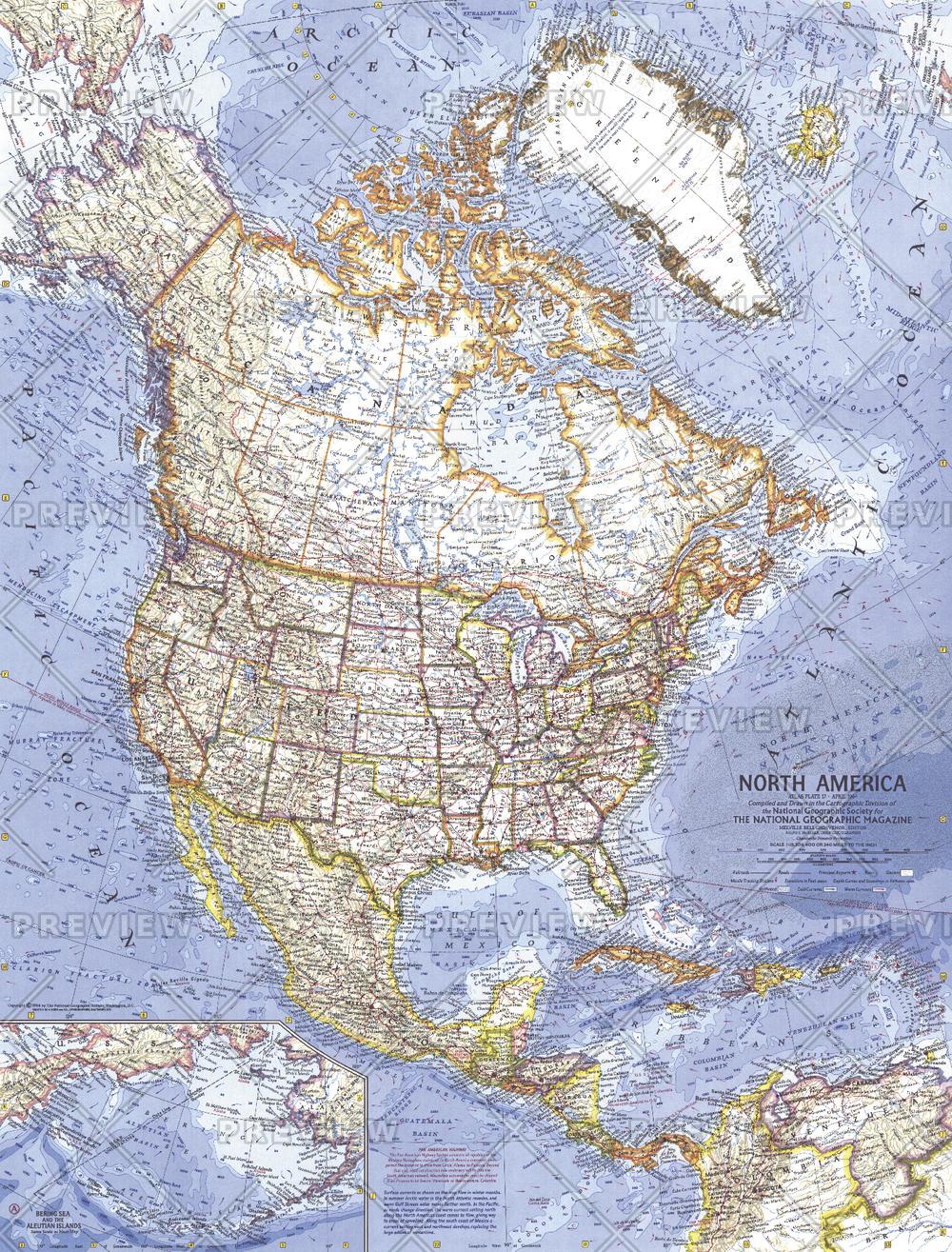