When this map of the Middle East was created, Israel had occupied the West Bank, Sinai Peninsula, and Golan Heights for over a decade. Six months later, after signing the Israel-Egypt Peace Treaty, Israel withdrew from the Sinai Peninsula and evacuated the settlements it had established there during the 1970s. Published in September 1978 as a companion to the historical map "Early Civilizations in the Middle East." 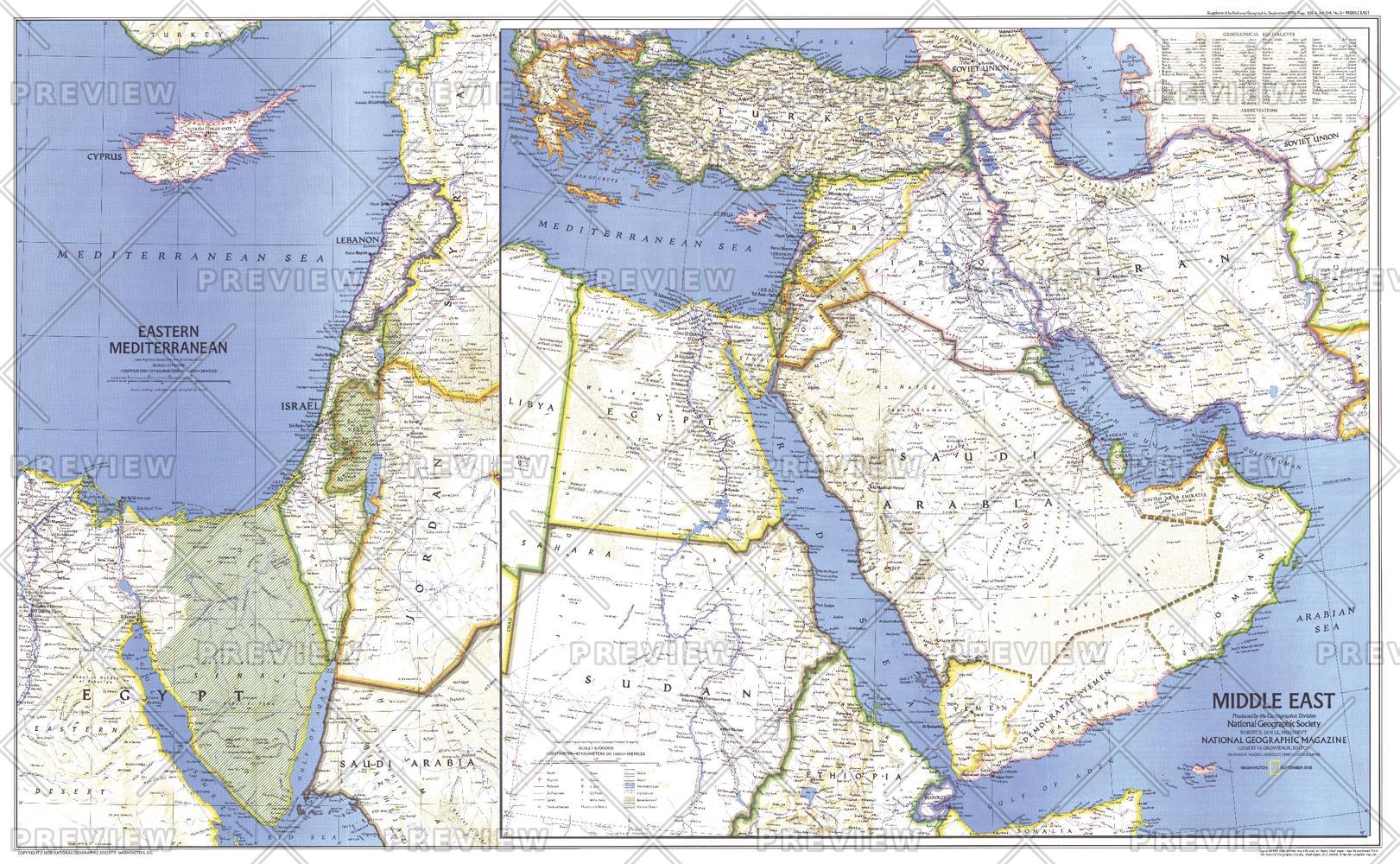