This map of Mexico and Central America was created in the same month that Hurricane Hattie struck the coast of British Honduras (now Belize) and nearly destroyed Belize City. The capital was moved further inland to Belmopan in 1970. This map contains insets of the islands of Guadalupe and Revilla Gigedo, as well as the Panama Canal Zone. Published in October 1961. 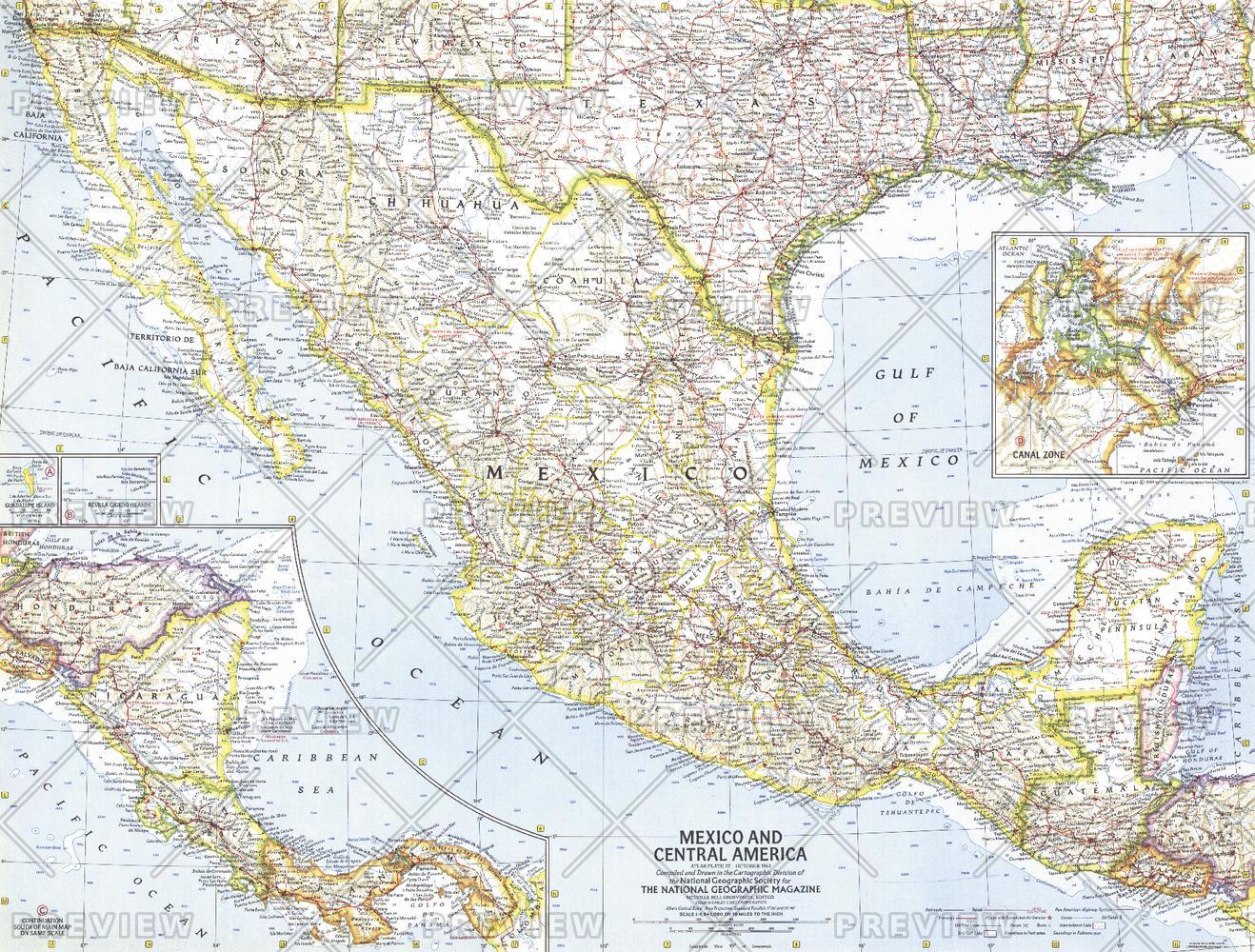