Explore Asia in the early 20th century with this National Geographic classic. This map appeared in the May 1921 issue of National Geographic Magazine with three articles including "Western Siberia and the Altai Mountains: With Some Speculations on the Future of Siberia." Illustrating a land of many contrasts, this work is a fine addition to any map collection. 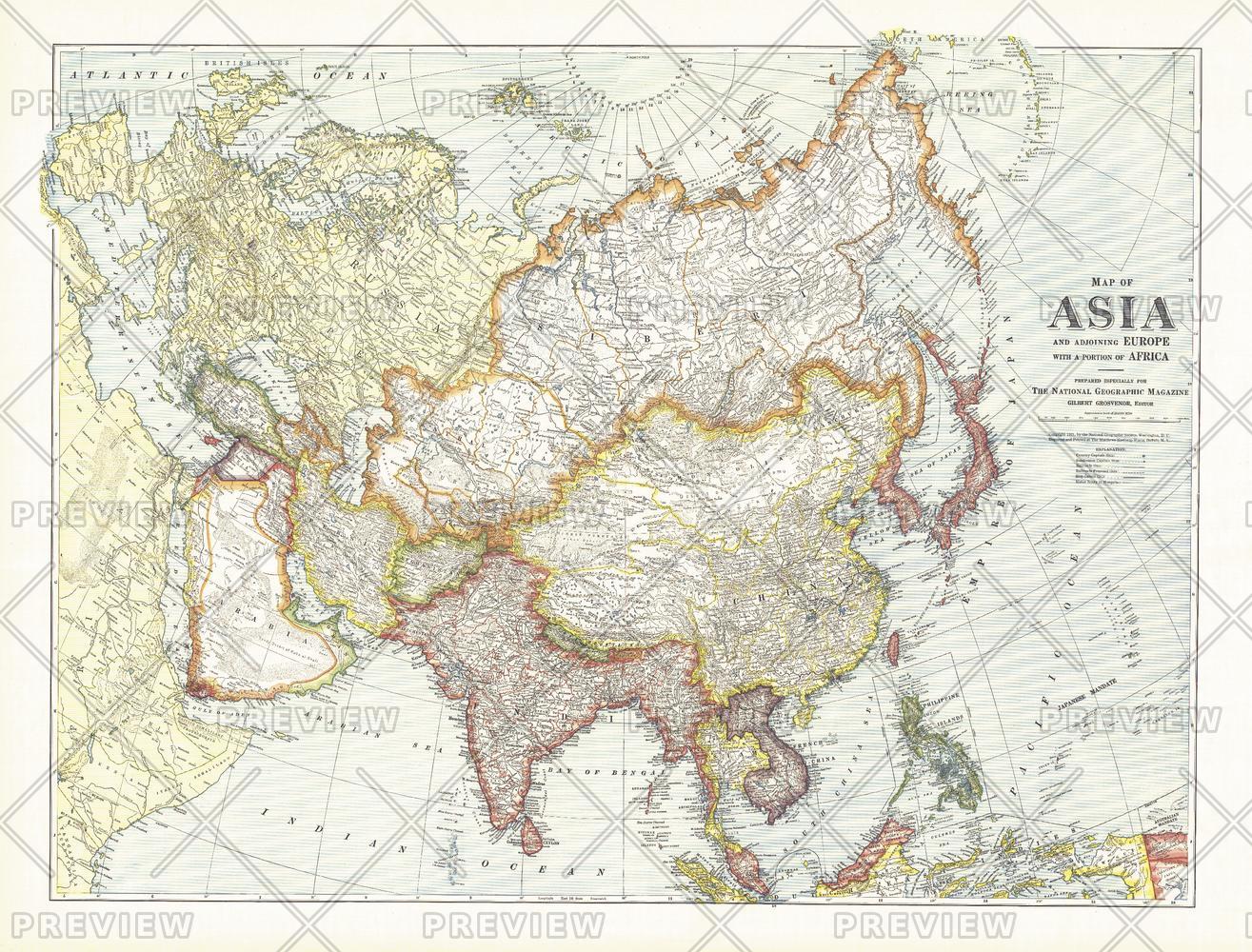