The "Map Showing Award of Alaska Boundary Tribunal, October 2, 1896" was drawn on October 20, 1903 and appeared in National Geographic Magazine in January 1904 with an article on the Alaska Boundary Tribunal. The boundary separating the Alaskan Panhandle from British Columbia had been in dispute for many years. A decision was finally reached in 1903 by a tribunal of U.S., Canadian, and British officials. 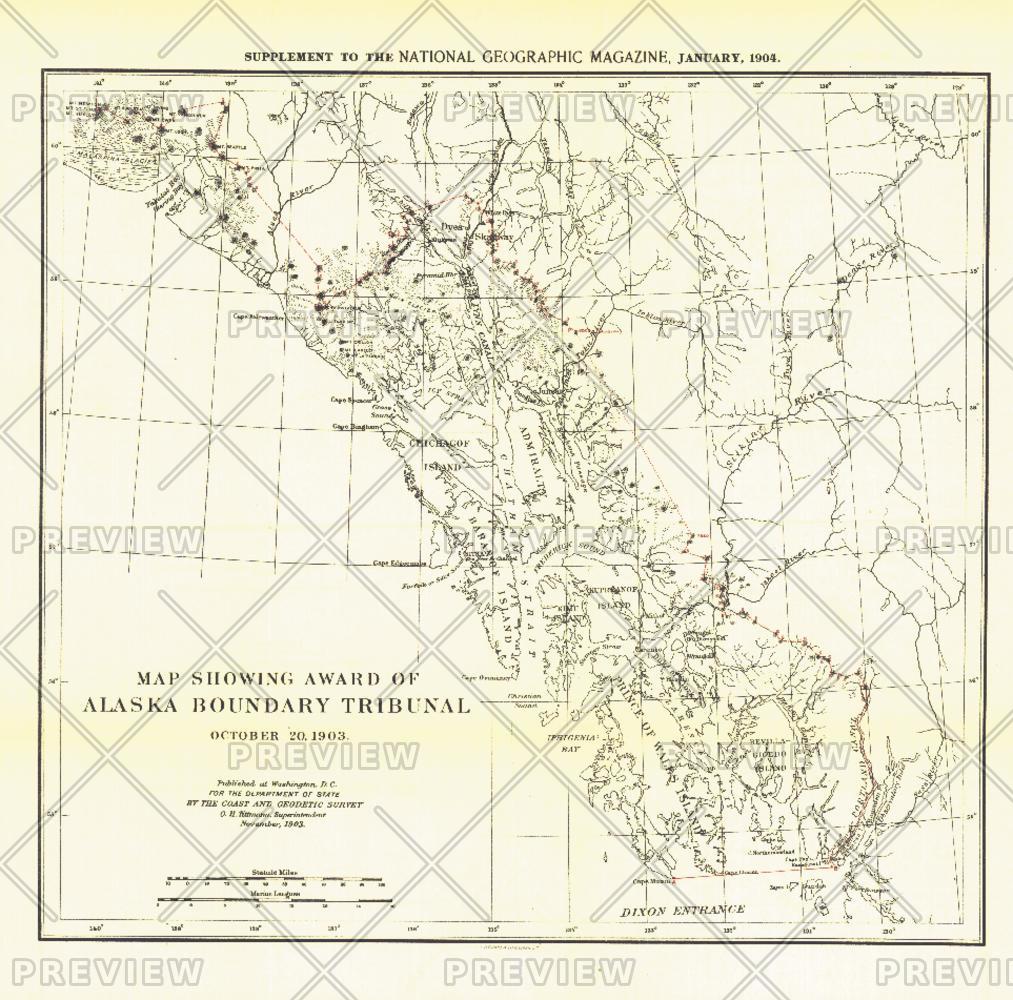