There is no escaping geology on the West Coast of the United States. Earthquakes continually shake California, while volcanoes loom over northern California, Oregon, and Washington. Each of these hazards marks a different kind of tectonic plate boundary - transform faults to the south, subduction zones up north. This map shows the western United States along with all of its known major fault lines and zones. 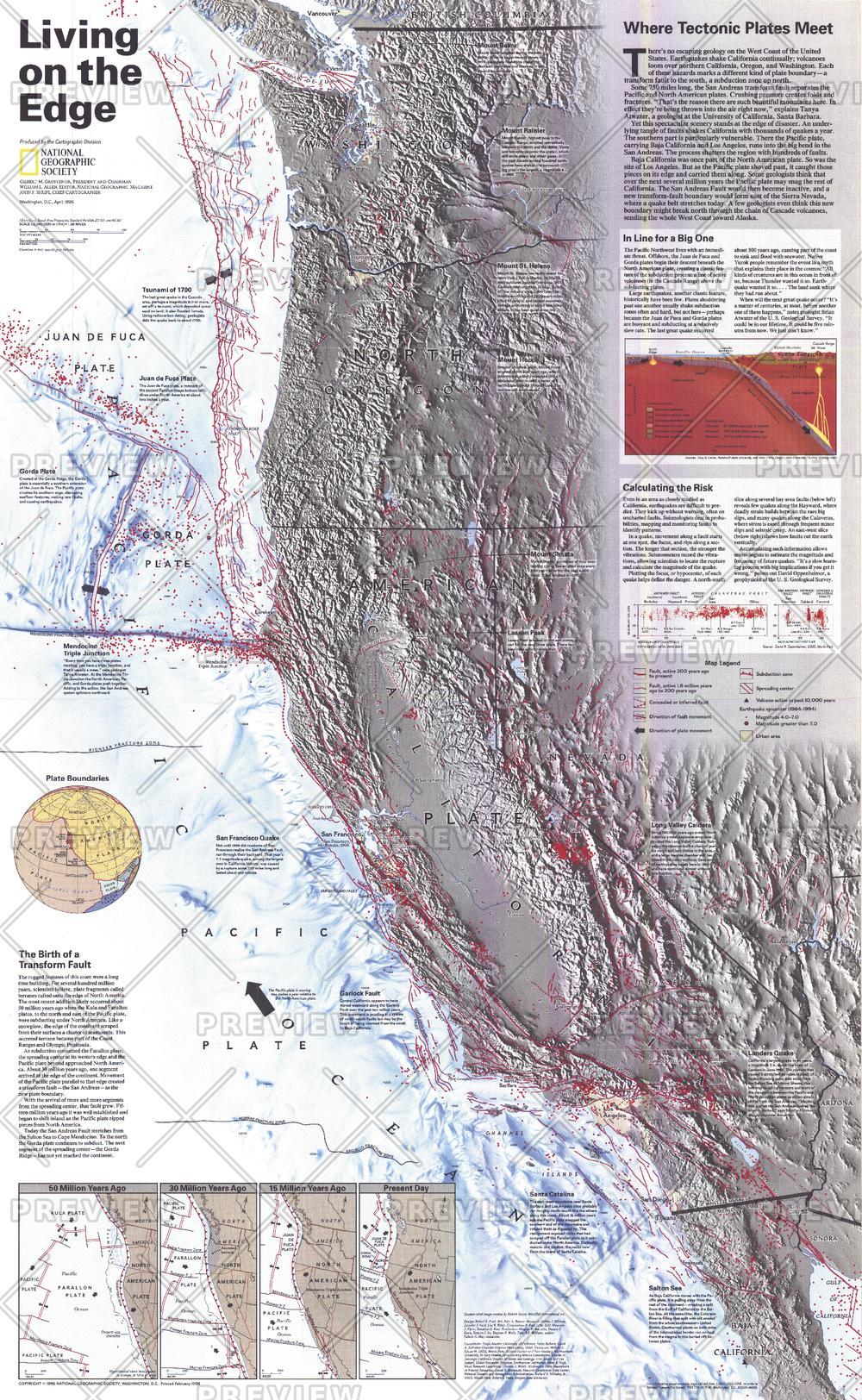