Lands of the Bible Today - Published 1967

This map of the "Lands of the Bible" outlines the territory occupied by Israel in June of 1967 during the Six Days&apos; War between Israel and neighboring Arab countries. Contains a large quantity of ancient historical information as well as details of significant events of the time. Published in December 1967 to accompany three articles, including "Eyewitness to War in the Holy Land." 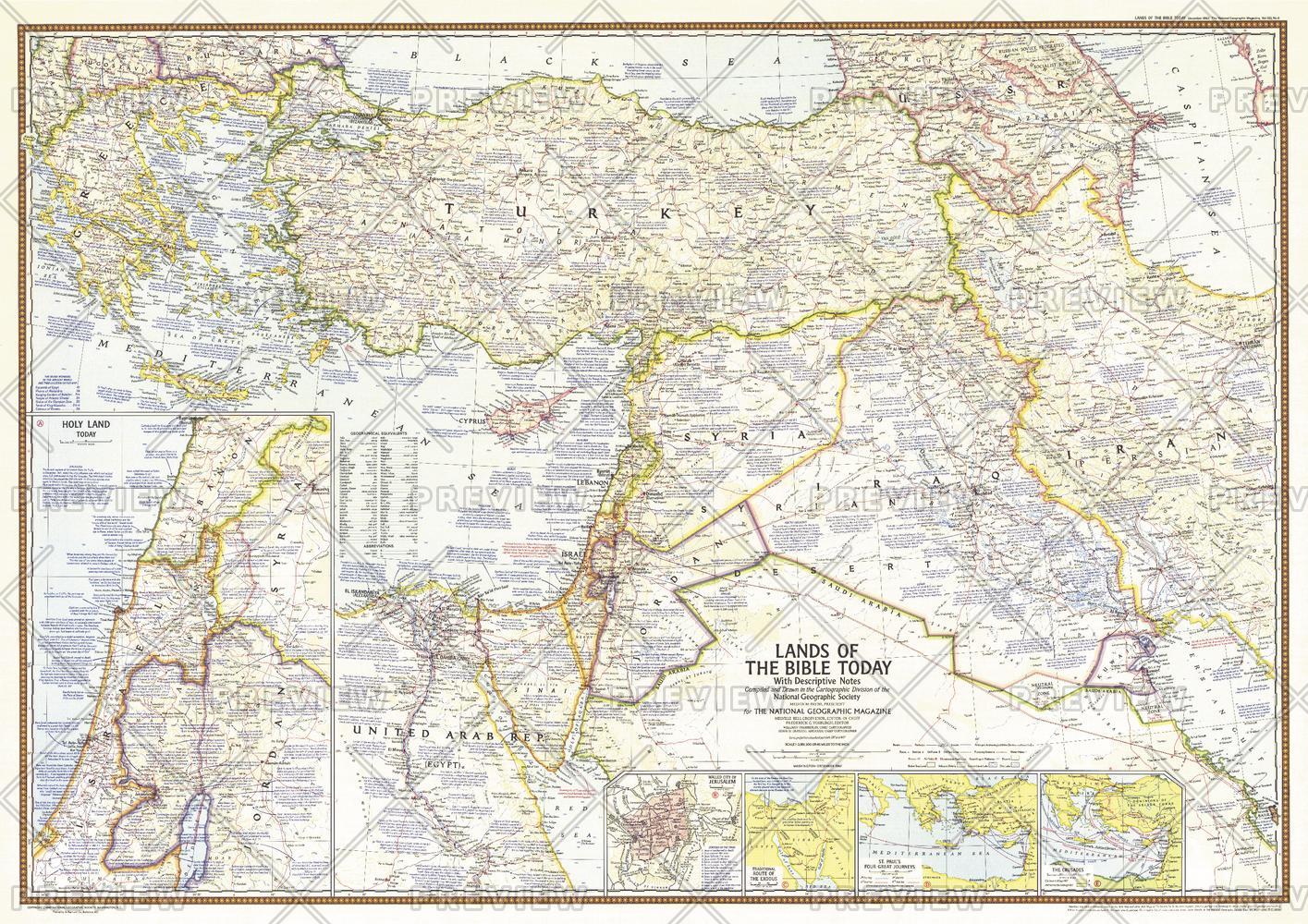