Amid increasingly combative rhetoric from Pyongyang, North Korea, do you know where its underground nuclear test site or missile launch centers are located? Are you aware that the South Korean government has begun a program to move its federal offices and personnel from Seoul to a new location? National Geographic's new Korean Peninsula map provides this and much more information about this conflicted peninsula.<br><br>National Geographic Maps' Korean Peninsula wall map is one of the most authoritative maps of the Koreas. The peninsula's rugged terrain is expertly depicted in shaded relief, including the elevation of prominent mountains and ocean depths in meters. This new edition clearly portrays both countries and uses the latest system for transcribing South Korean place-names from the Korean alphabet. In great detail, it delineates the latest administrative divisions of both countries along with the July 27, 1953 Military Demarcation Line&mdash;the historic demarcation line between the two Koreas. The map also portrays the transportation grid of both countries, including South Korea's high-speed passenger railway network.<br><br>The Korean Peninsula map measures 23&quot; x 36&quot; and is scaled at 1,357,000. 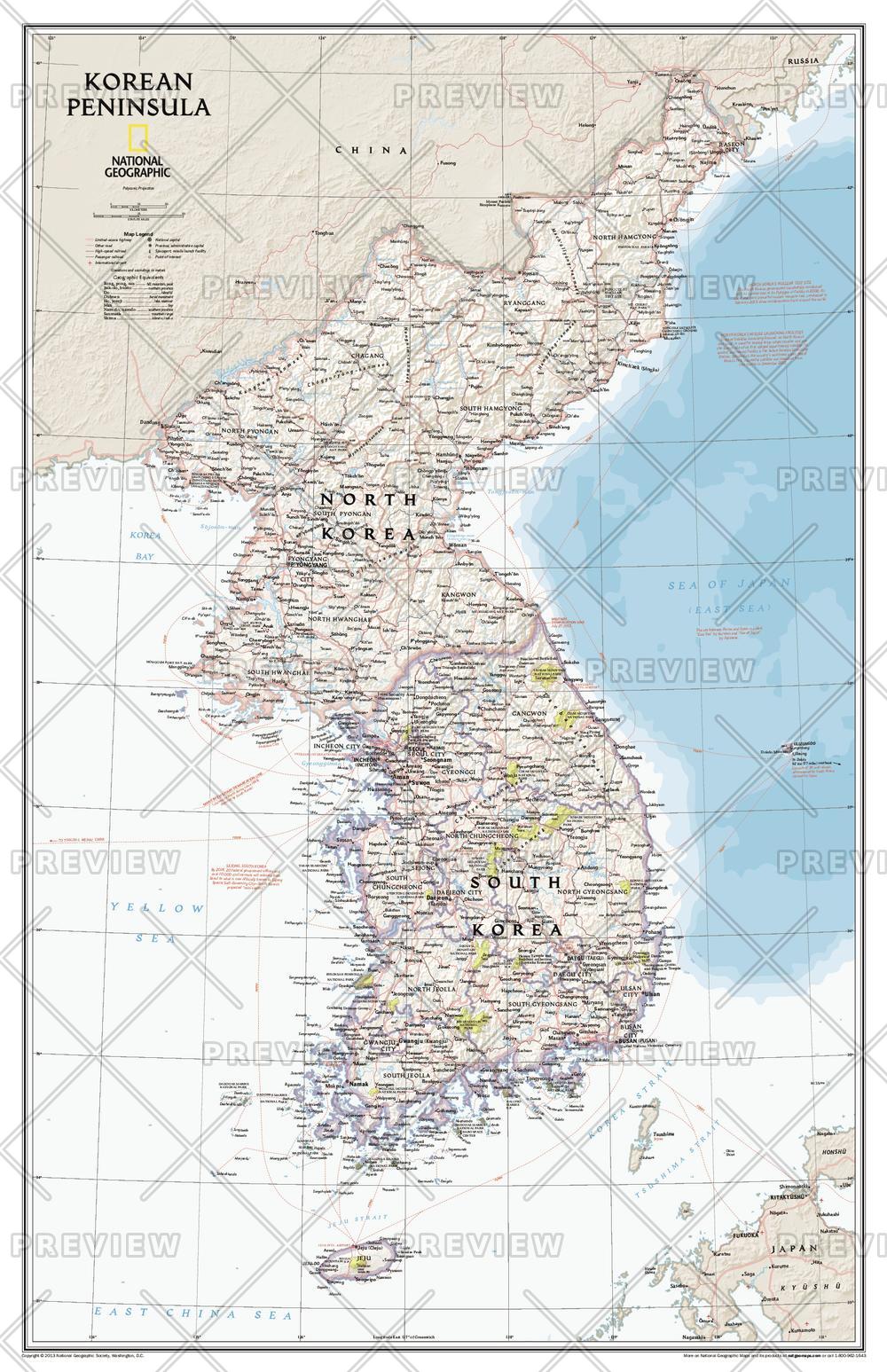