This map of Old City Jerusalem features the city&apos;s many historical sites. The Christian, Armenian, Muslim, and Jewish quarters are shown in distinct colors, and there are notes describing the most significant sacred sites in the old walled city and beyond. Published in April 1996, this map accompanied the"Jerusalem" map and the article "The Three Faces of Jerusalem." 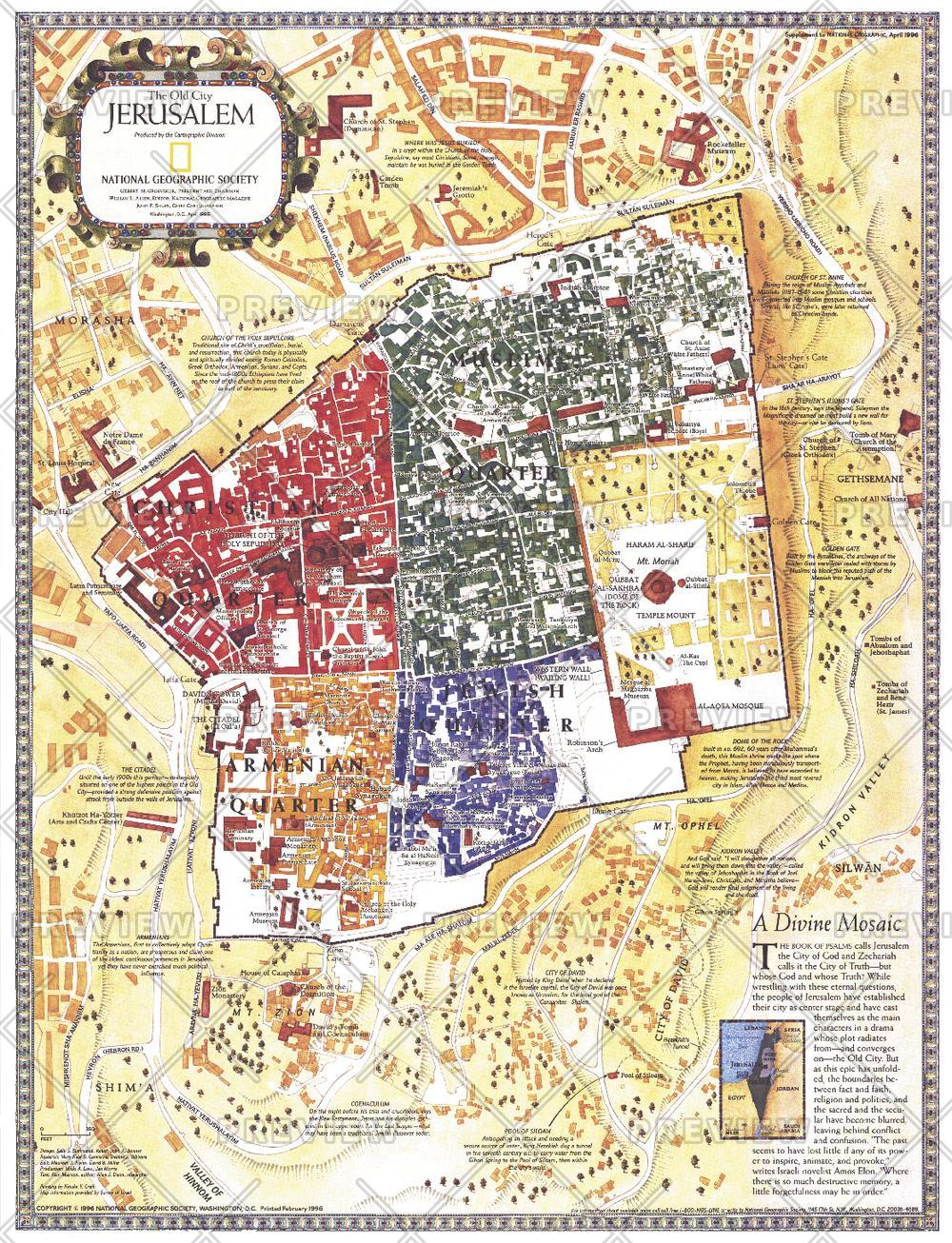