World War II had just ended when this map of Japan and Korea was published in December 1945. With the end of the war came the end of Japan's 35-year occupation of Korea. With detailed inset maps of many islands in the region, as well as a map of Tokyo, this map also contains historical notes such as the site of the Japanese surrender. 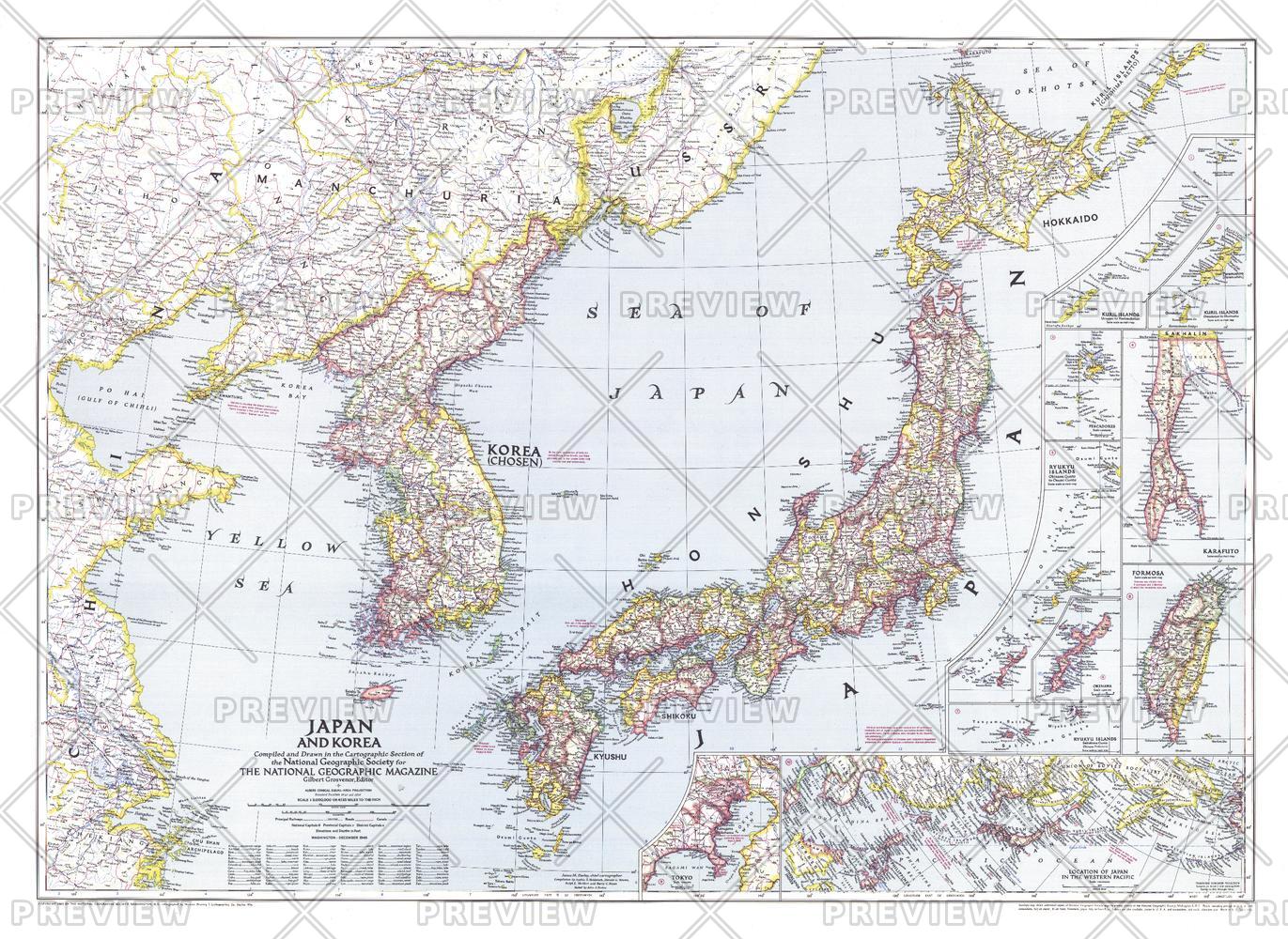