In the old days mapping required thousands of measurements by hand with theodolite and transit. This striking map of Mount Everest, created a half century after the first climb, was built on millions of measurements, but none made by hand. The space shuttle recorded infrared images for reference; then a jet aircraft took stereophotographs, which were converted to digital data and merged by computer to create the sharpest, most accurate image yet of the great mountain. Published in May 2003, this map was half of a two-piece set with "Everest 50." 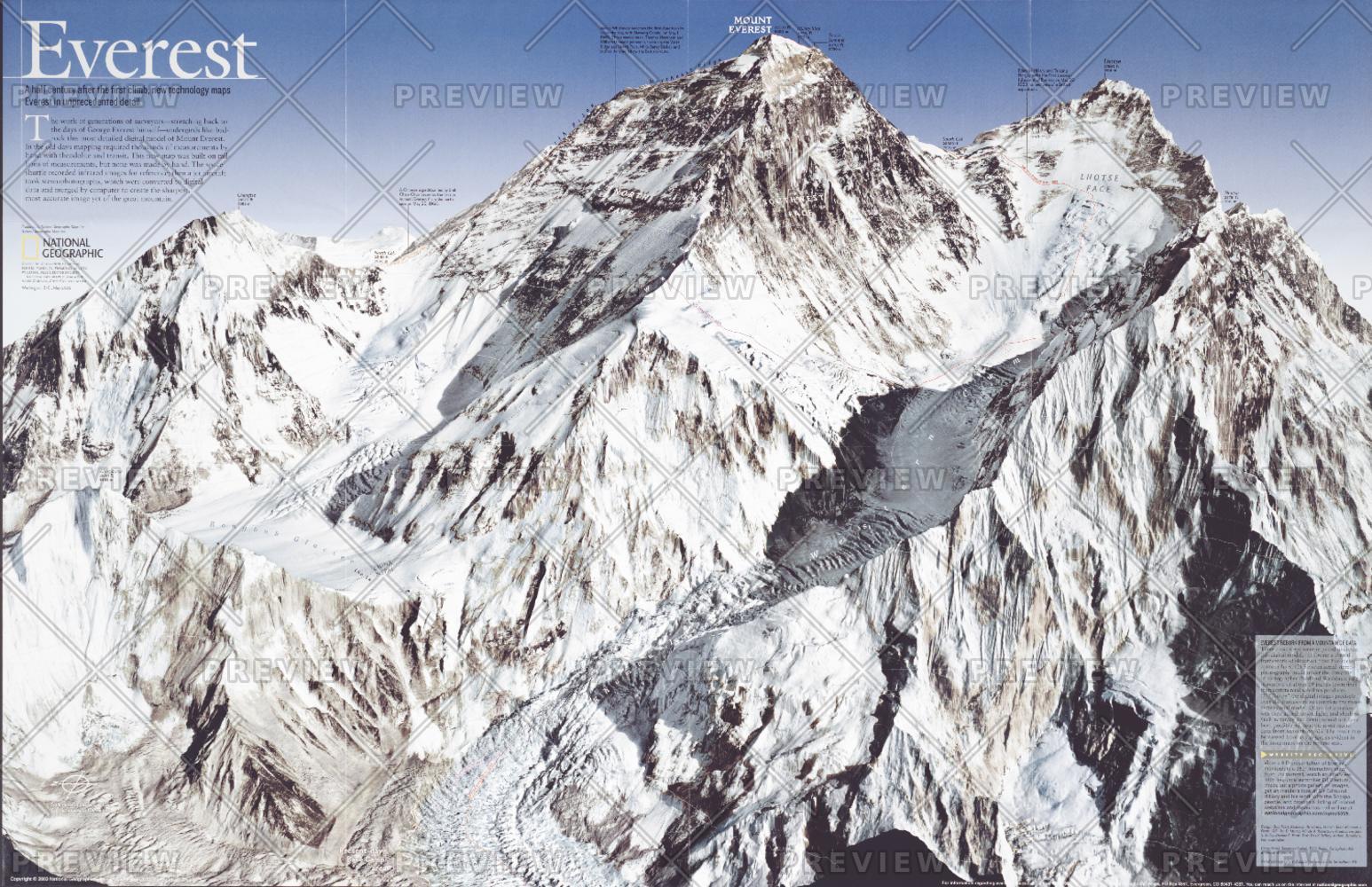