This map of the eastern portion of the Soviet Union features many physical and political details, including the country&apos;s boundaries in 1938 and the northern limits of wooded country. Published in March 1967 with the article "Siberia: Russia&apos;s Frozen Frontier." 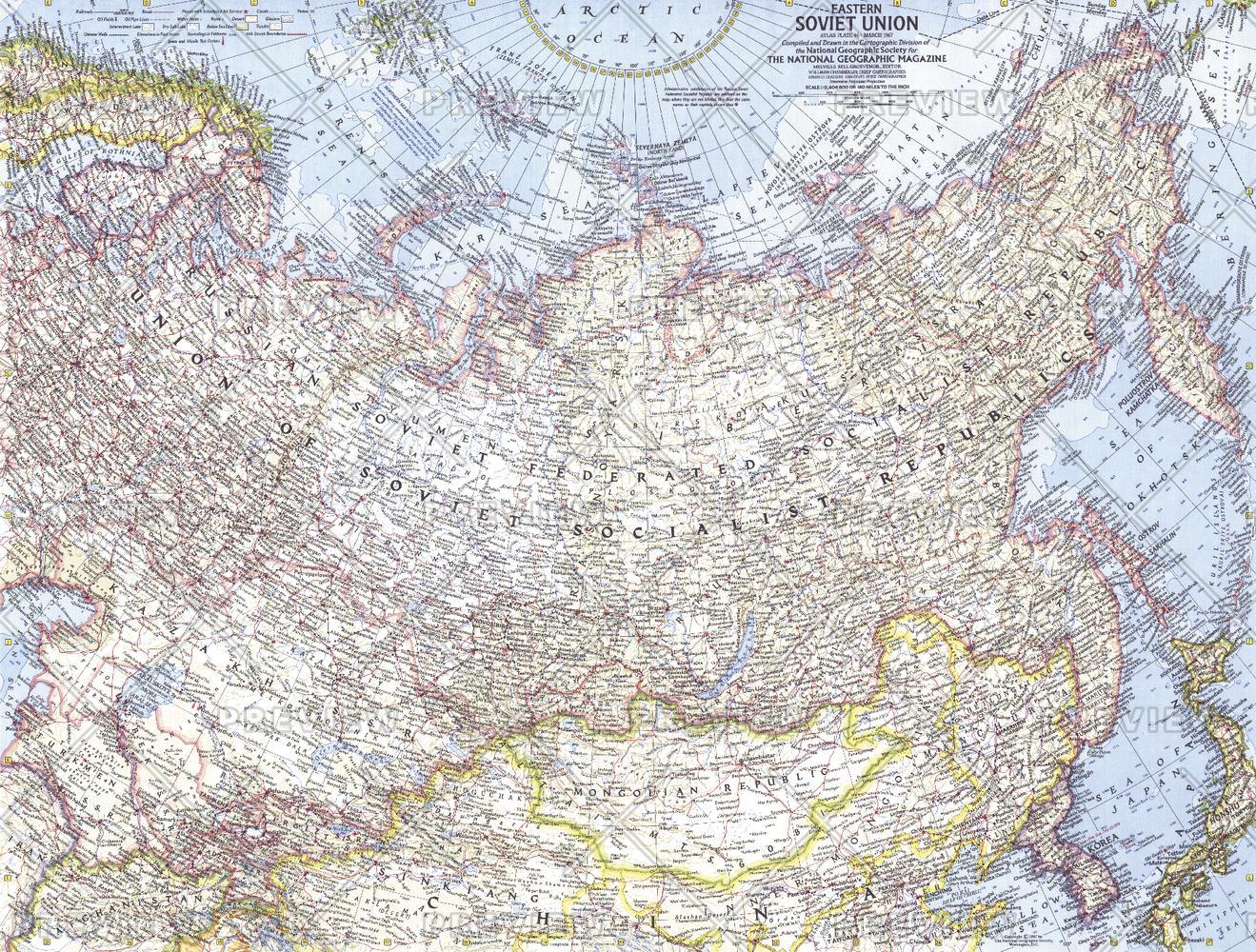