Explore the forces behind the shaping of our planet. This fascinating map explains the various forms of tectonic activity such as hot spots, accretion, subduction, and spreading. It also shows the locations of volcanoes and earthquakes of 6.0 magnitude or greater that occurred during 1975-1985. Published in August 1985 as half of a two&ndash;map set with "The Shaping of a Continent: North America&apos;s Active West", and as a companion to the article "Our Restless Planet Earth." 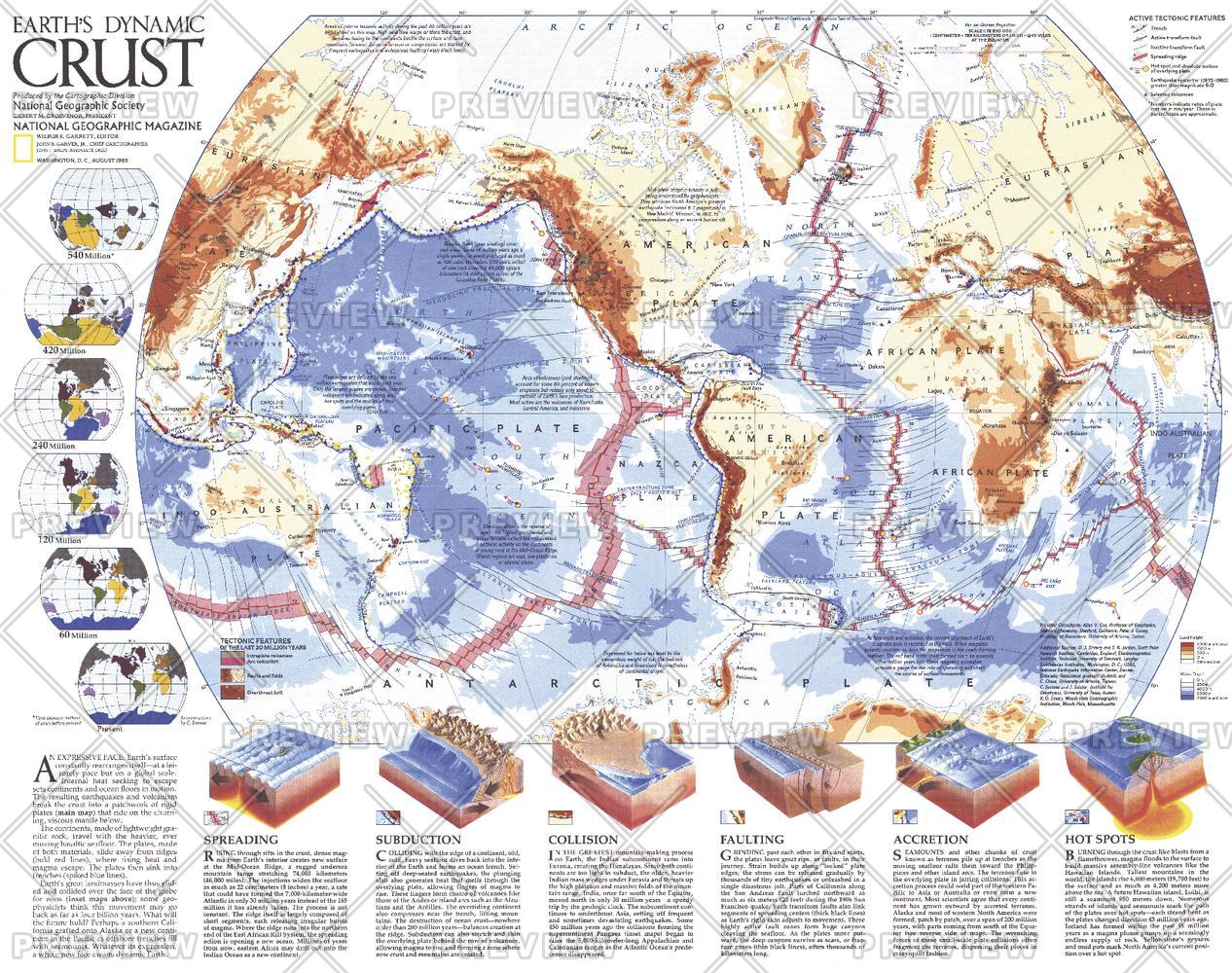