While the Earth sleeps, lights pulsates across its surface in a lively dance visible from the vantage of space. This magnificent composite of satellite images from cloud-free nights gathered over a one year period. One look reveals the obvious: Rich, developed regions like the United States, Europe, and Japan glow with gaudy abandon, using energy disproportionate to their populations. Over the next few decades, many scientists expect a growth of lights in developing countries. But some anticipate seeing fewer lights in the wealthiest nations, where advances in lighting technology could save energy and better contain light emissions. Published in November 2004, this map represents half of a two-map set with a political map of the world. 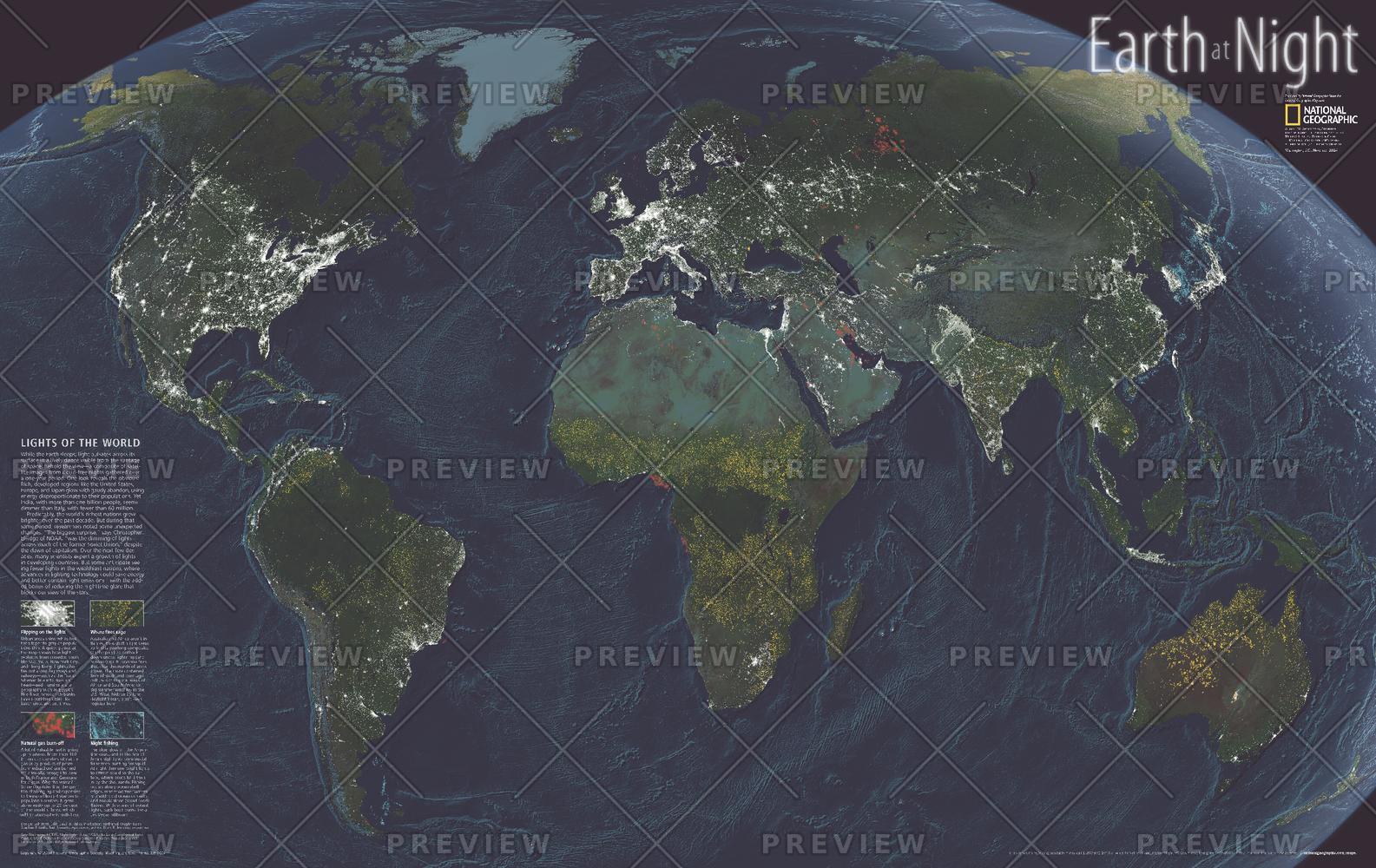