Few regions on Earth can match the eastern Mediterranean for drama. Its story, written in stone and blood over five millennia, sweeps through history on the wings of empire: Egyptian, Phoenician, Hittite, Assyrian, Canaanite, Israelite, Babylonian, Persian, Greek, Roman, Byzantine Christian, Arab Muslim, and Ottoman -- all ruled in this territory between the Nile and the mountains of Anatolia. Now, the people of the region find themselves in troubled post-colonial societies torn by epic conflicts, ranging from the battles of Israelis and Palestinians over land and resources to the clash of Islam and the West. Explore the eastern Mediterranean region with this attractive and informative map. Published in December 2008, this map was half of a two-map set with "Jerusalem's Holy Ground." 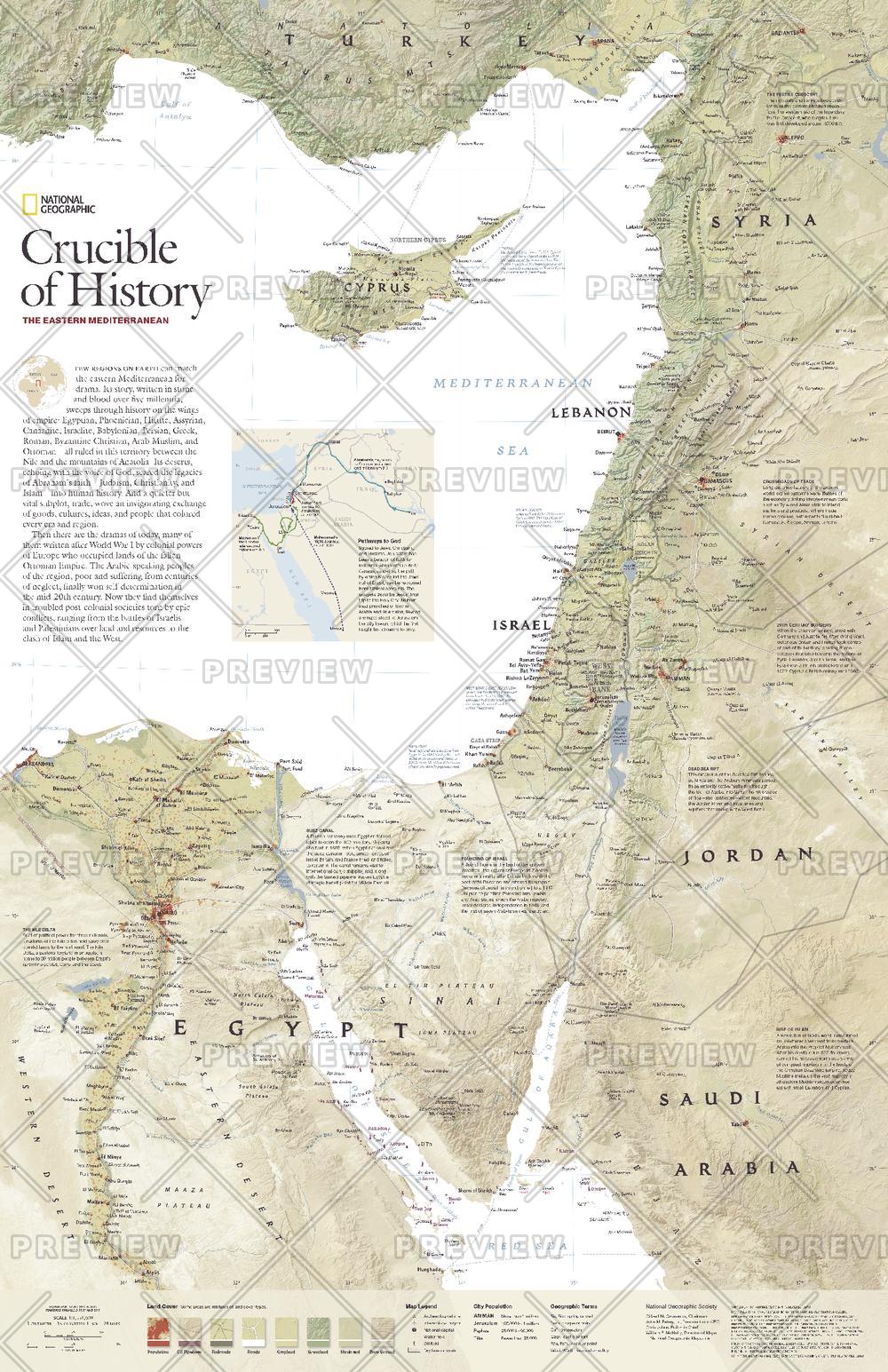