China and Its Territories - Published 1912

Discover China at a turning point in its history. In 1912, over 2,000 years of imperial rule ended as the last emperor of the Qing dynasty abdicated and the Republic of China was born. This beautiful map appeared in National Geographic Magazine in October of 1912, along with three articles on China including "The Most Extraordinary City in the World: Notes on Lhasa - The Mecca of the Buddhist Faith." A perfect companion for the maps of China published in 1945, 1964, and 1991. 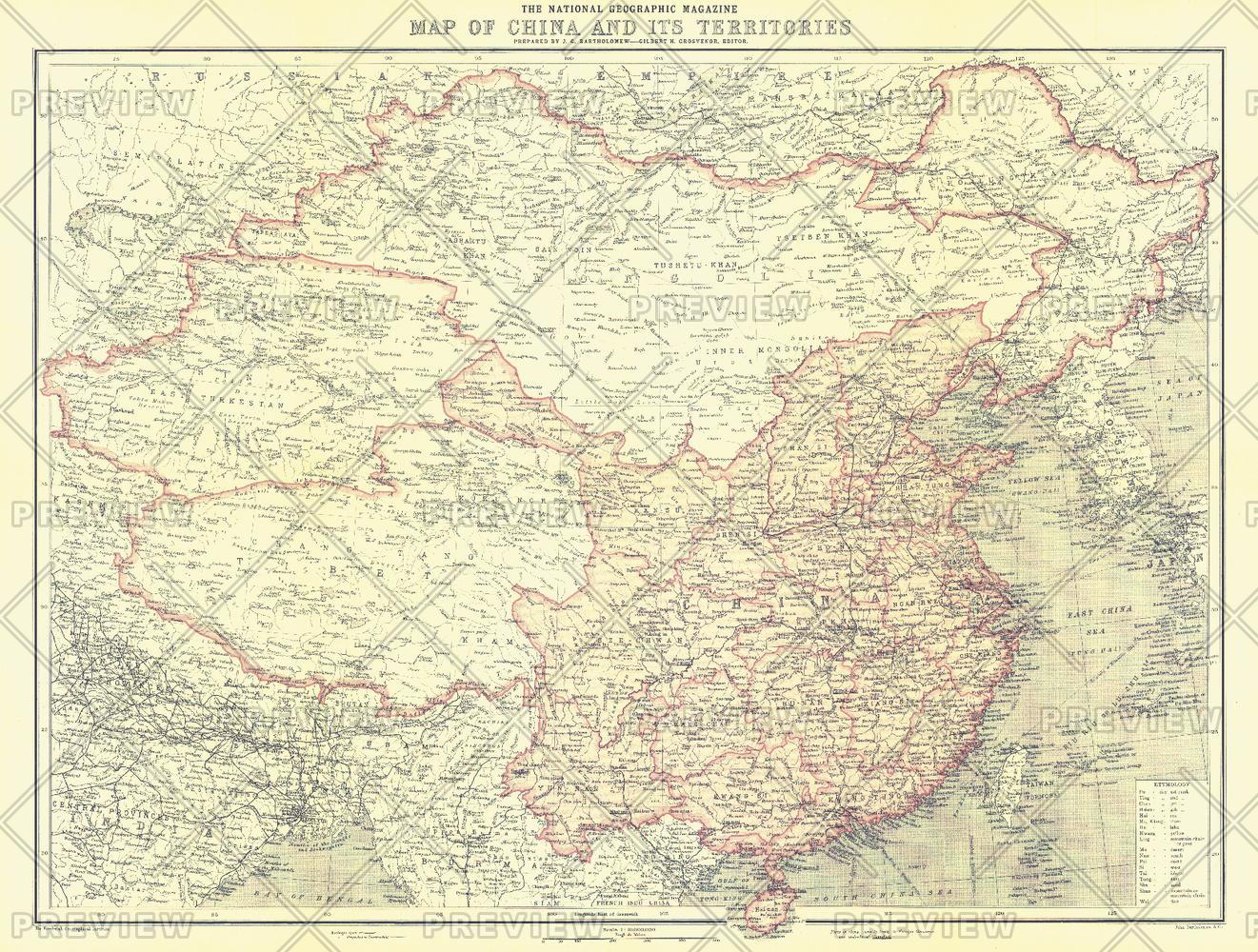