One of the most dramatic collisions in the geologic annals of Earth transformed the land that is now China. India's tectonic crash into Eurasia starting 35 million years ago raised the Himalaya and lifted the plateau of Tibet. The new elevations shifted climate patterns, created deserts to the north and drenched southeast China with monsoon rains. This detailed physical map of China depicts the country's wide range of land cover including forests, grasslands, row crops, bare ground, deserts, and more. Published in May 2008, this map was half of a two-map set with "The Forbidden City." 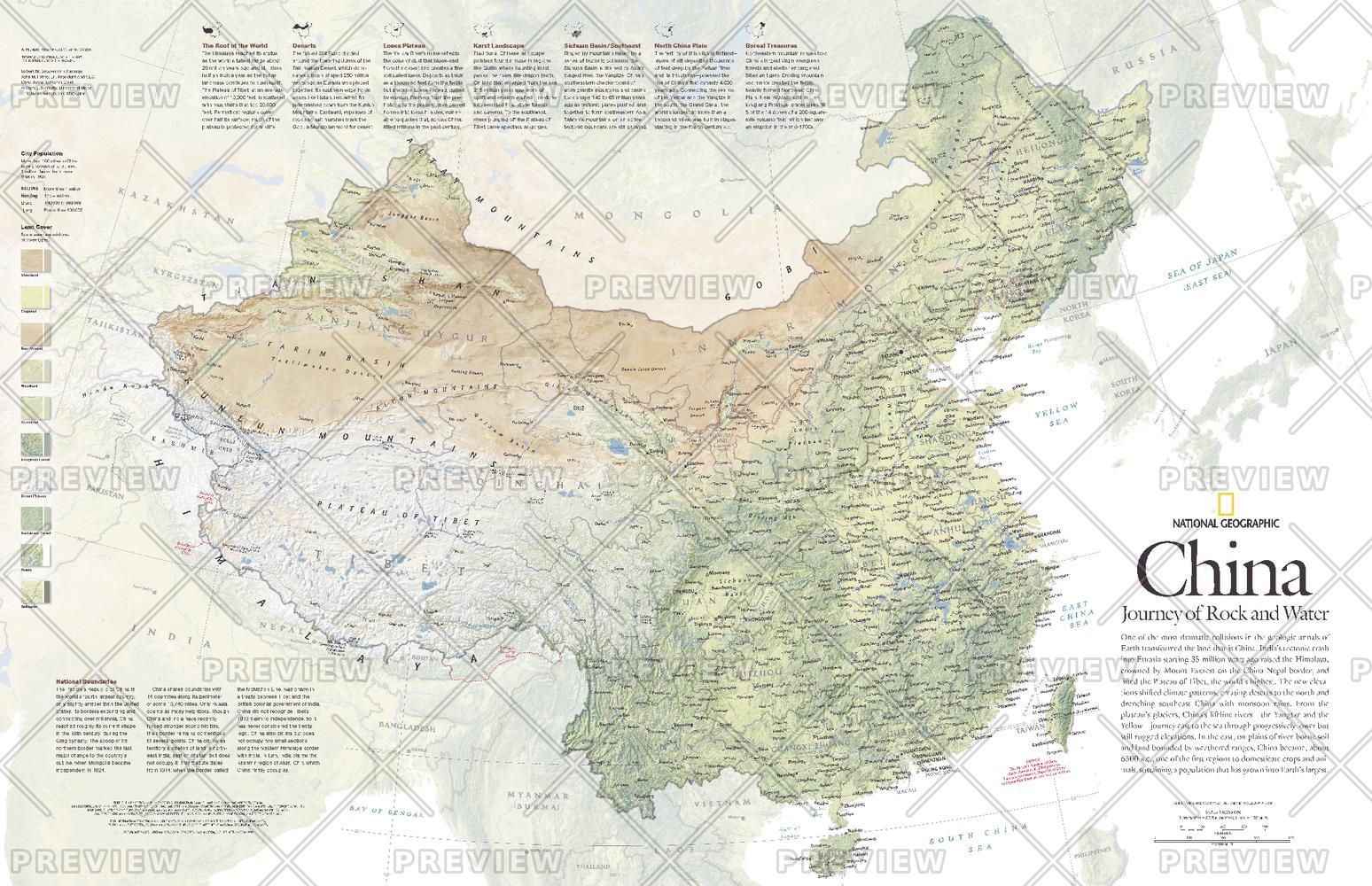