The scientific evidence is clear: Surface temperatures on Earth are warming at a pace that signals a decisive shift in the global climate, one expected to last for centuries. Climate is changing more rapidly than ever before and human activity is the main cause. Burning of fossil fuels has flooded the atmosphere with heat-trapping carbon dioxide, triggering a 1 degree (F) spike in average global temperature in the past century, largely in the past 30 years. This informative map, published in October 2007 as half of a two-map set with "Greenhouse Earth," reveals evidence which suggests that unless CO2 emissions are slashed, the planet will likely heat up even faster, fundamentally changing the world we live in. 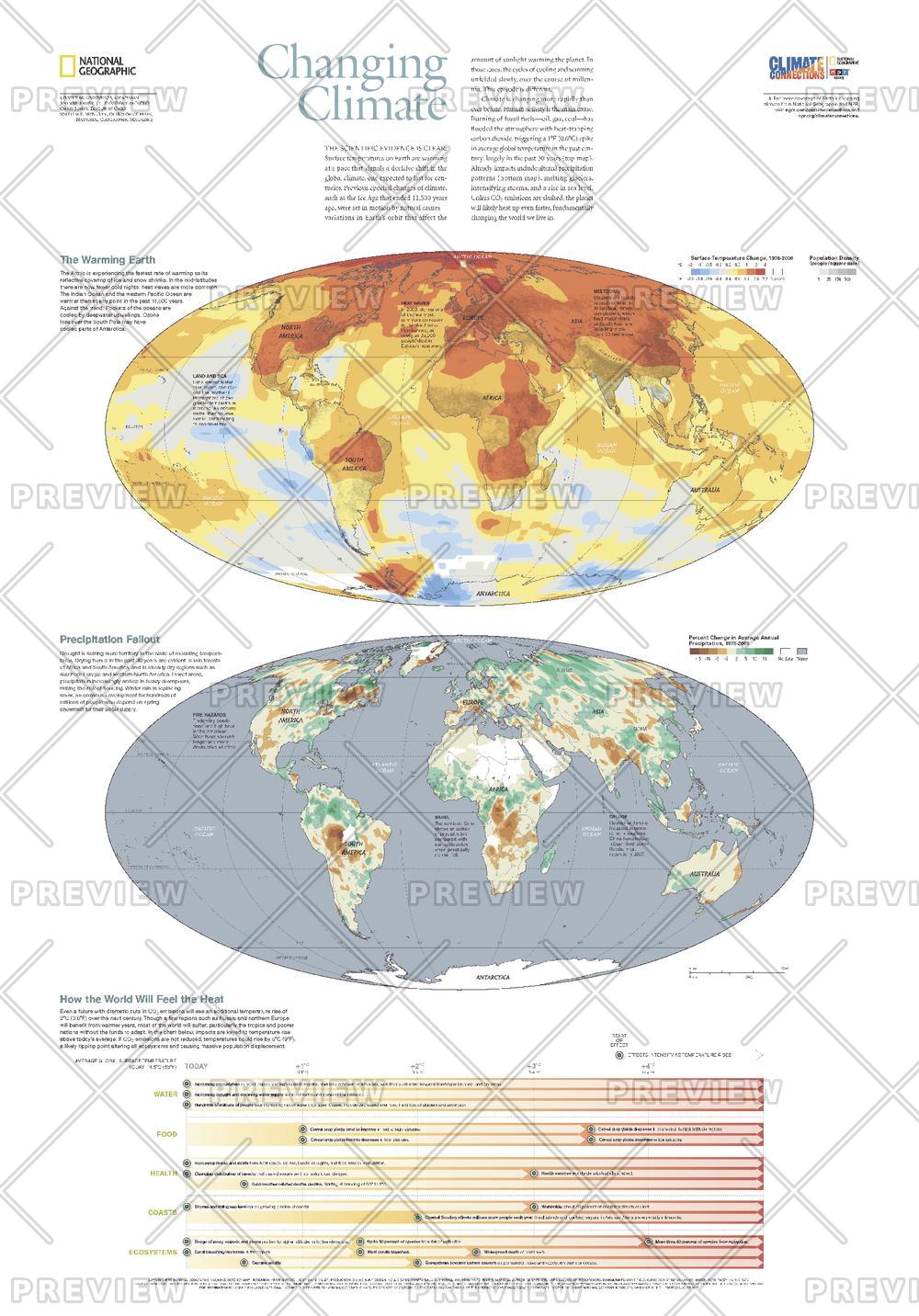