The countries surrounding the Caspian Sea include many former Soviet republics working to build viable economies and stable governments. Meanwhile, national cohesion has been challenged by wide ethnic diversity. Explore the countries throughout this region with this attractive and informative map. Published in May 1999 as half of a two&ndash;map set with "Caspian Sea." 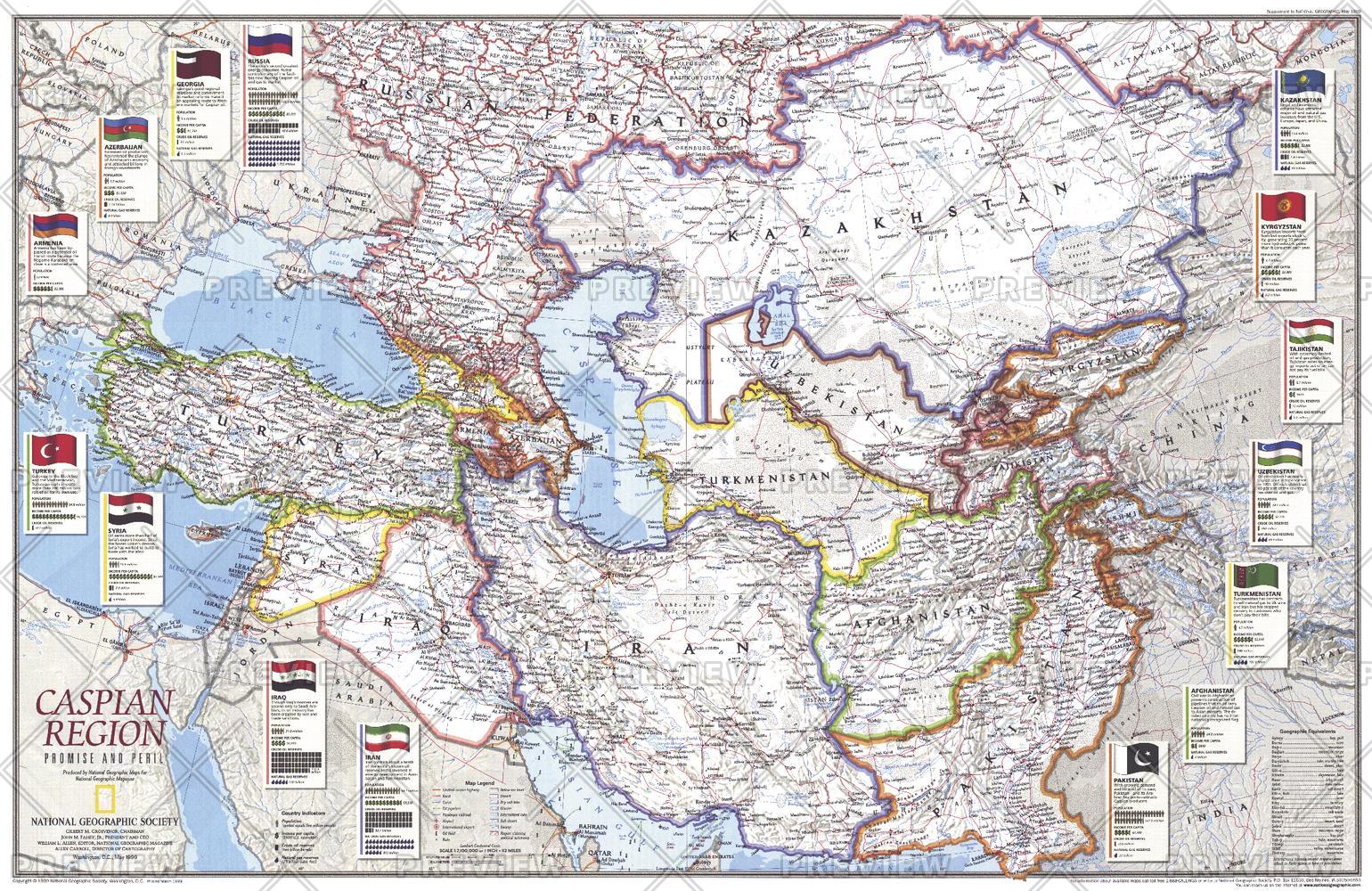