Battles of the Revolutionary War and War of 1812: Side 2

National Geographic's Battles of the Revolutionary War and War of 1812 map is rich with detail, illustrating significant battle sites and routes.<br><br>The map illustrates the War of 1812, which was fought over maritime rights. It delineates the boundaries of the United States, the British territories, and unceded Indian lands, as well as the battle sites, which are categorized based on their impact on the war. British Army and Naval bases and the movements of the British and American forces are also included on the map. Several inset maps are featured, illustrating the Blue Water Naval Engagements and the battles of the Chesapeake, as well as the battles on the Niagra and the Detroit Frontier. 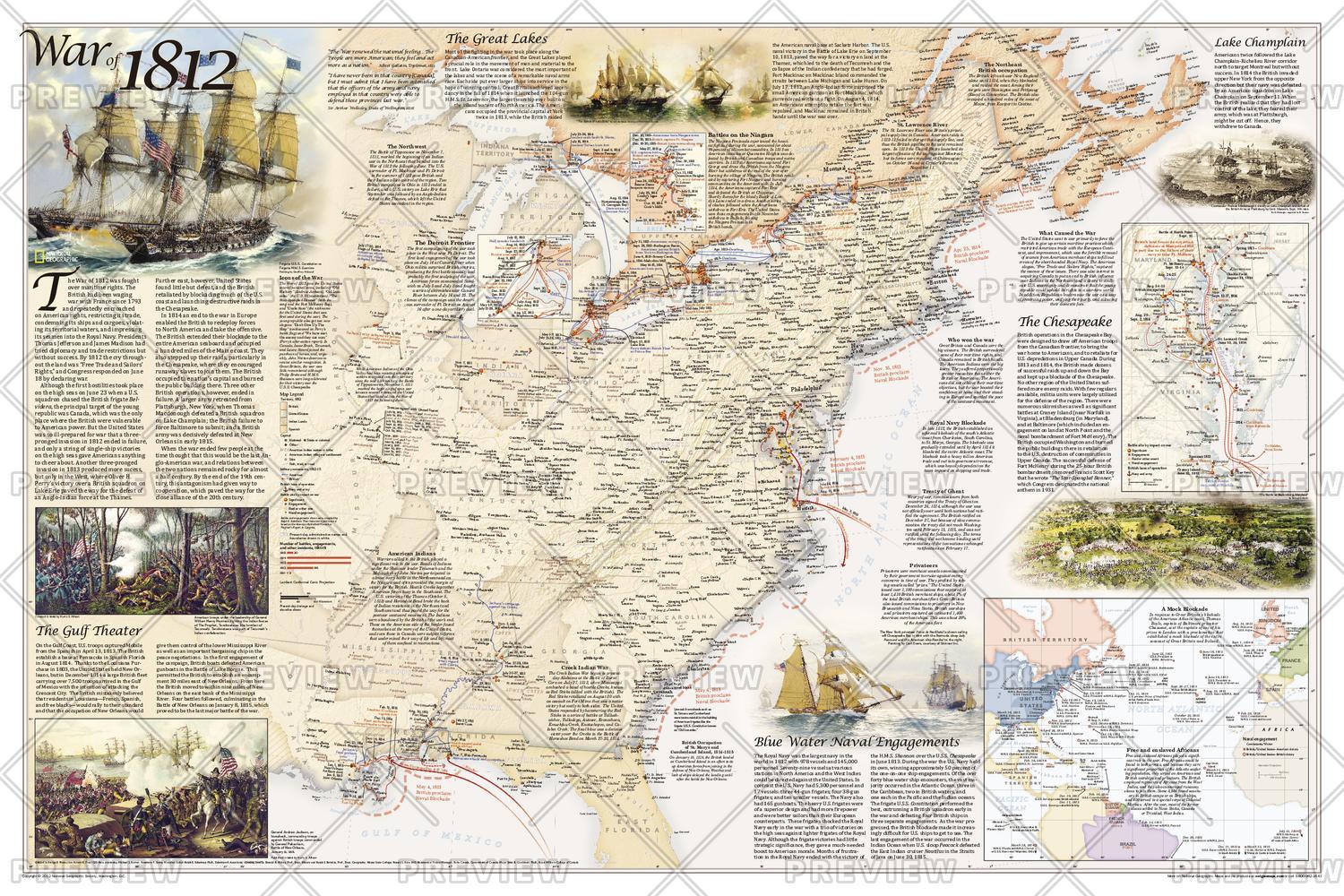