Battles of the Revolutionary War and War of 1812: Side 1

National Geographic's Battles of the Revolutionary War and War of 1812 map is rich with detail, illustrating significant battle sites and routes.<br><br>The map illustrates the American War for Independence fought from 1775-1783, which spread from New England through the Middle Atlantic and into the South. It delineates the boundaries of the British and Spanish territories and the thirteen American colonies as well as the battle sites, which are categorized based on their impact on the war. British Army and Naval bases and the movements of the British, Americans, French, and Spanish forces are also included on the map. Several inset maps are featured, illustrating the War at Sea, and arrival of British forces in New York Harbor in July 1776, and the Battle at Yorktown in 1781. Other key events, including the Saratoga Campaign and the Invasion of Canada, are featured on the map. 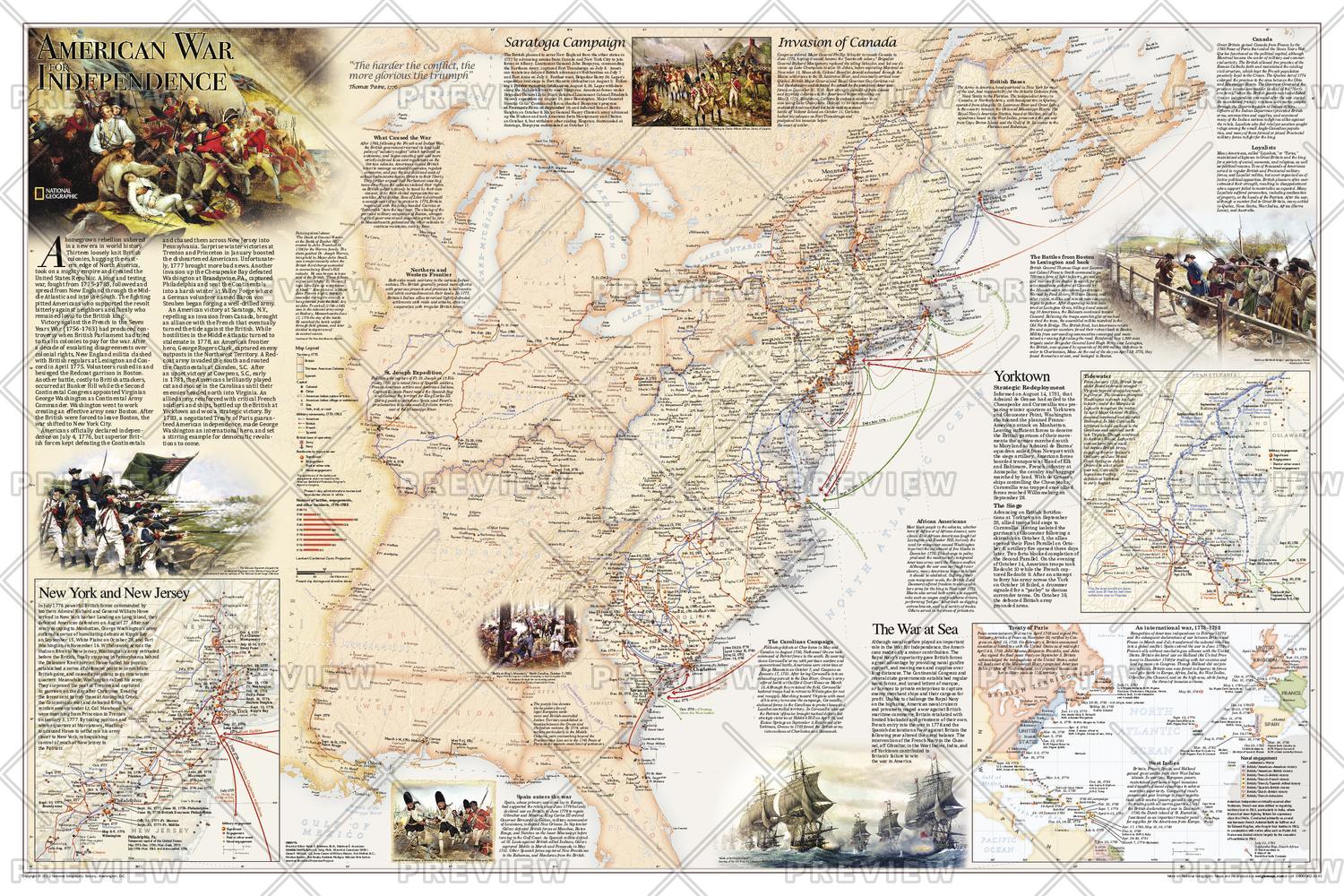