Battles of the Civil War - Published 2005

Determined to preserve a way of life rooted in slavery, 11 southern states declared themselves the independent Confederate States of America in early 1861. President Lincoln asked for 75,000 militiamen to put down this insurrection. The next four years would see three million Americans take up arms against each other, leading to the deaths of at least 620,000 soldiers. This remarkably detailed map of Civil War battles reveals the dates, number of casualties, troop movements, and more in order to gain a better understanding of how this war was fought. Published in April 2005 as half of a two&ndash;map set with "A Nation Transformed by Civil War." 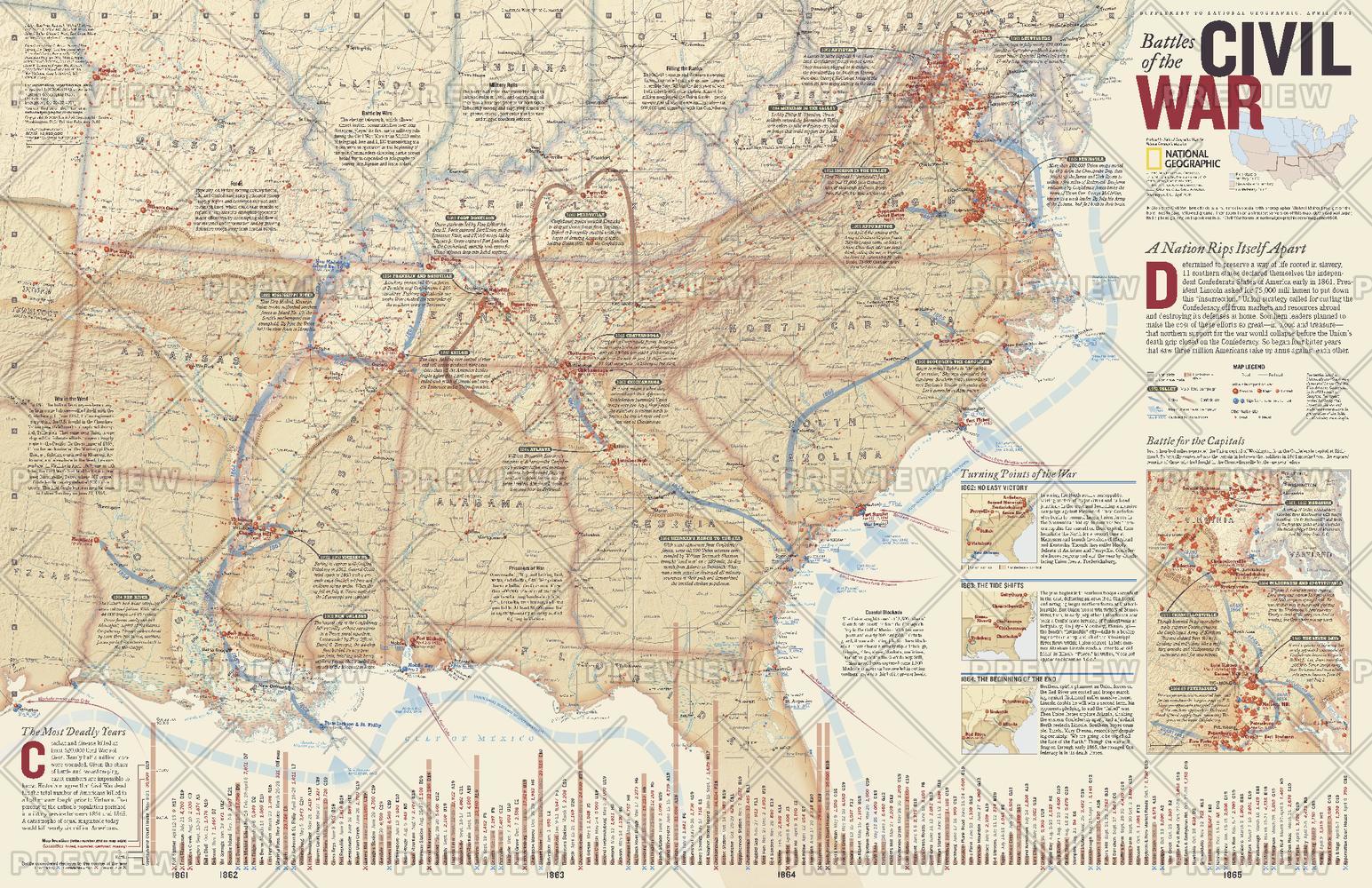