Battlefields of the Civil War - Published 1961

This Civil War map, based on a map upon which General Grant marked his proposed lines of operation, portrays the United States as it was charted in 1863. Published in April 1961 to accompany a map of Civil War battlefields, and the article "The Civil War." 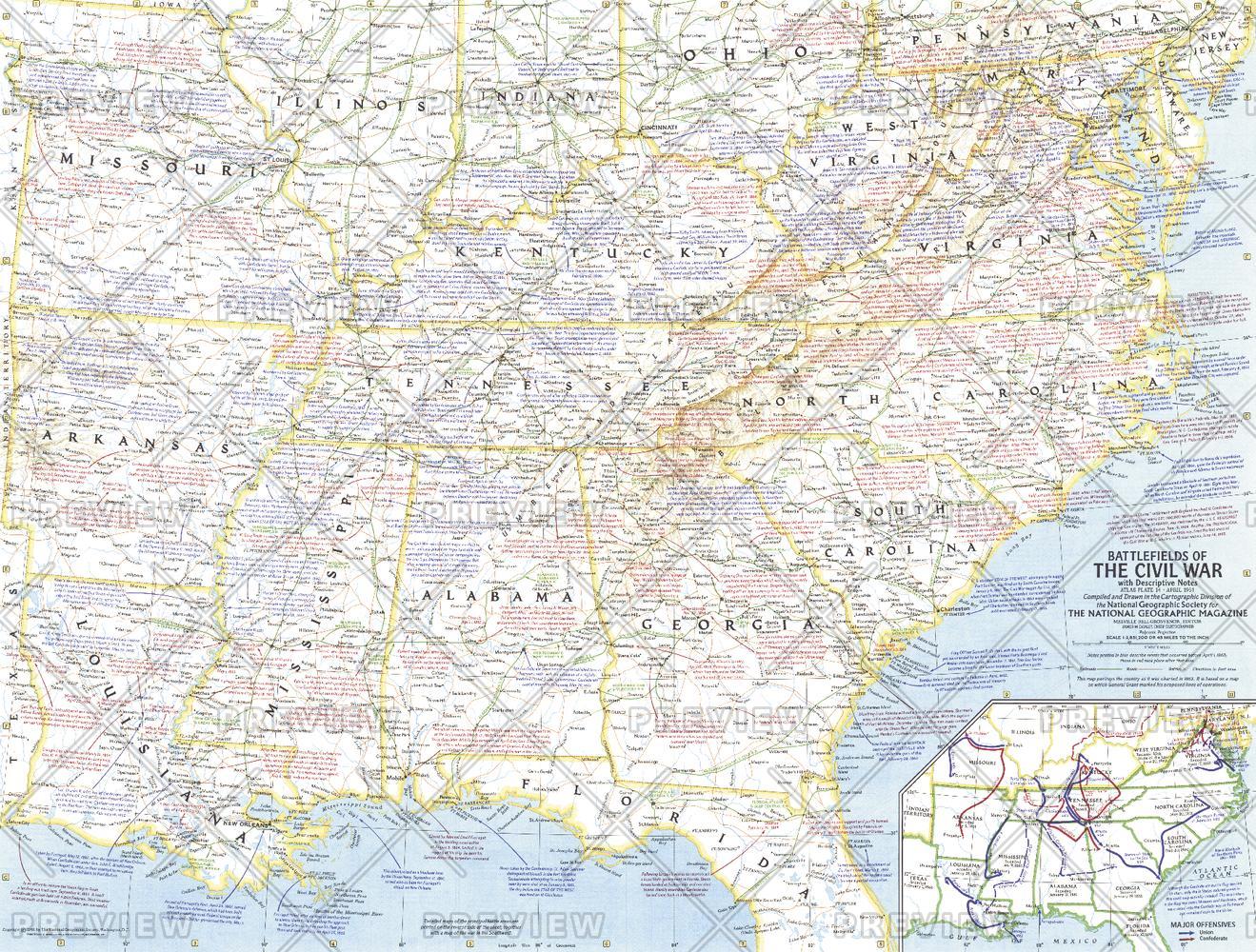