This early map of the Antarctic regions was published in October 1932, just a few years after Byrd's historical flight over the South Pole. Parts of the inset maps were constructed using aerial photographs and the article "Mapping the Antarctic from the Air: The Aerial Camera Earns Its Place as the Eyes and Memory of the Explorer" appeared in the same issue of National Geographic. 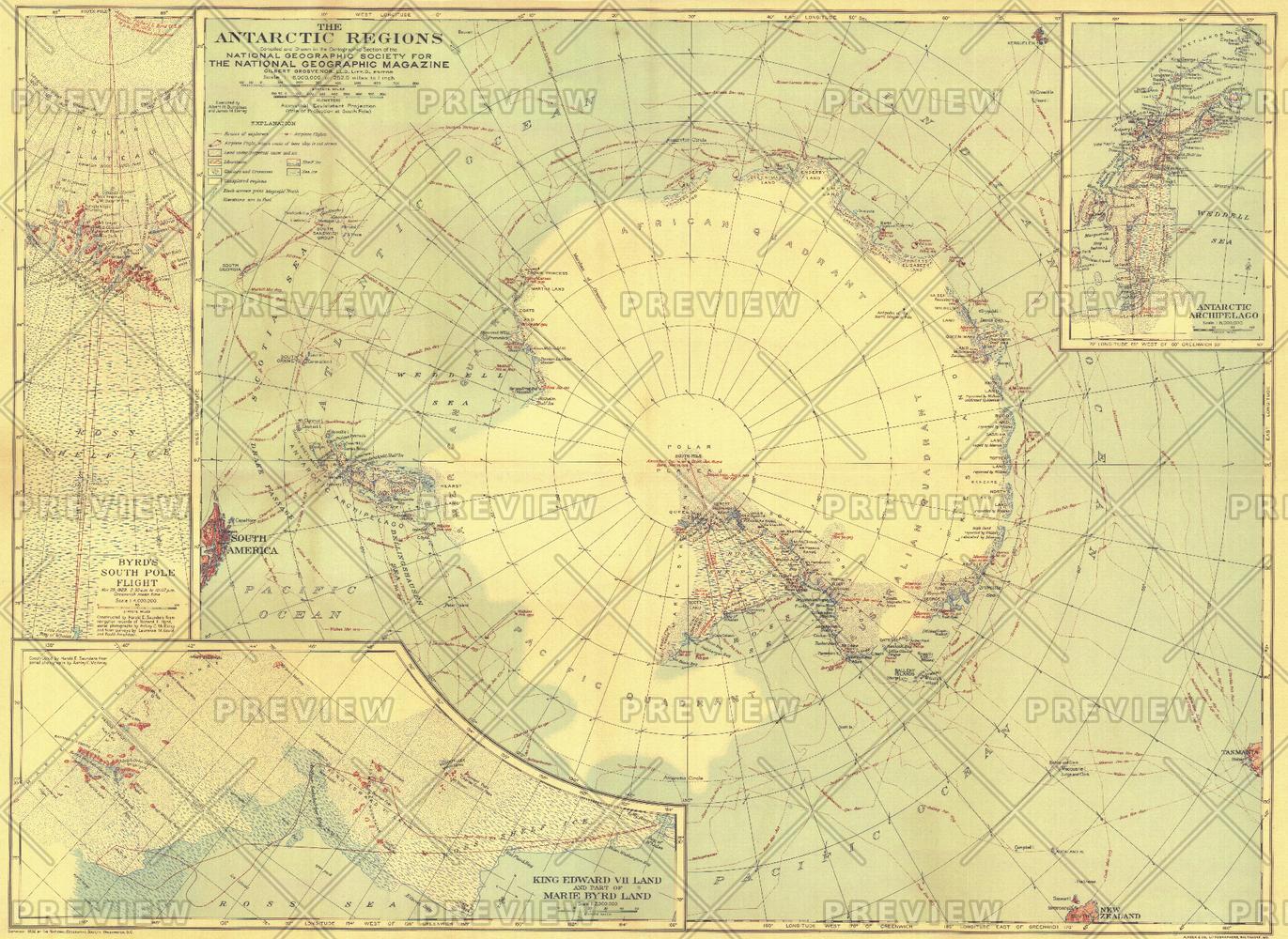