This Alaska map features several detailed insets of such areas as the Inside Passage and the Aleutian Islands. A relative size comparison of Alaska and the United States demonstrates that if the state&apos;s westernmost point were superimposed on the California coast, its easternmost point would be on the east coast of South Carolina. Published in June 1956 in the same year that Alaska, then a territory of the United States, ratified its constitution. 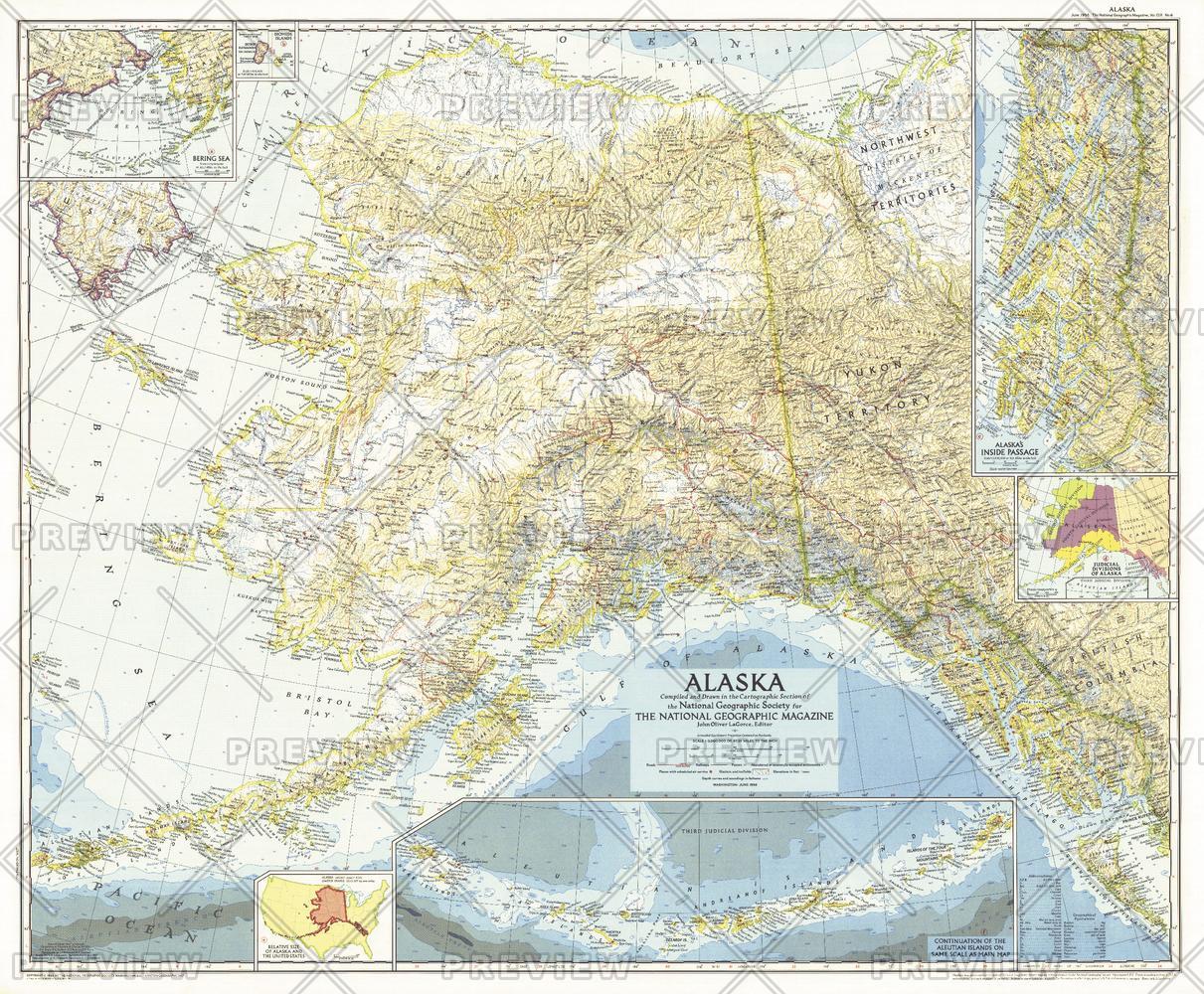