This map of Afghanistan and Pakistan was published just months after the September 11th, 2001 attacks on the United States and on the eve of the US invasion of Afghanistan. At the time of this map&apos;s creation, the country was controlled by the Taliban, a radical Islamic movement which had alienated Afghanistan from every neighboring nation with the exception of Pakistan. Published in December 2001 as half of a two&ndash;map set with "Afghanistan: Land in Crisis." 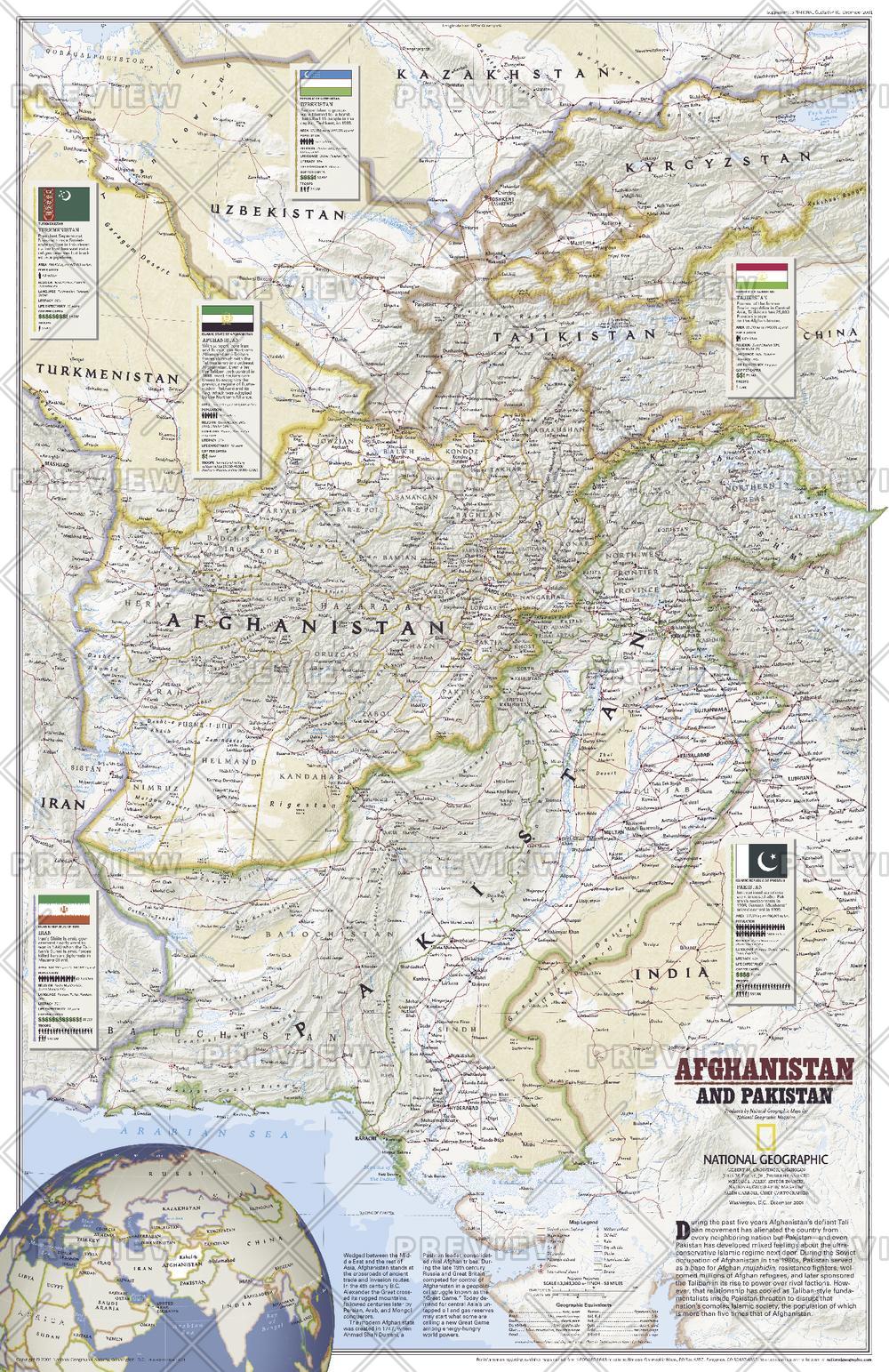