This revealing pair of maps show the dramatic differences in Native-American and European populations along the eastern coast of North America in 1491 and 1650. Population graphics reveal changes in population from 1500 to 1800. Published in May 2007, this map represents half of a two-map set. Its companion map, "1607: When Cultures Collide," is also available. 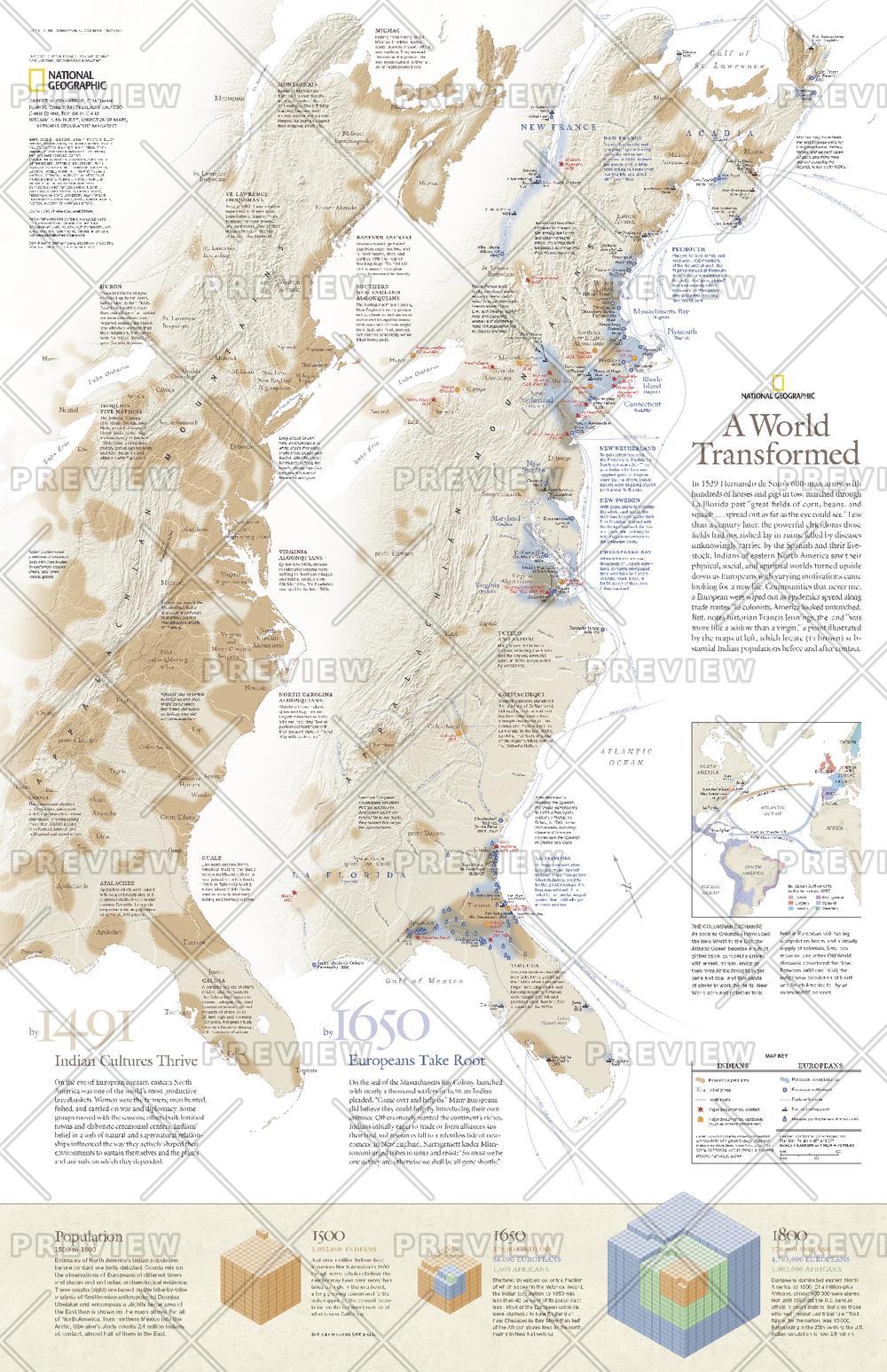