Our Football Fan's Stadium Map Poster is the perfect gift for football fans. Fully updated for the 2016/17 season. Shows the location of stadiums of all the Premier League, Championship, League One and Two clubs plus the Scottish Premiership and Championship stadiums. UK national stadiums are also shown such as Wembley and Hampden Park. Its bright colours look great in children's bedrooms, playrooms and in classrooms. Title will read 'FOOTBALL FAN'S MAP' with red title banner. Scarves are red and yellow. 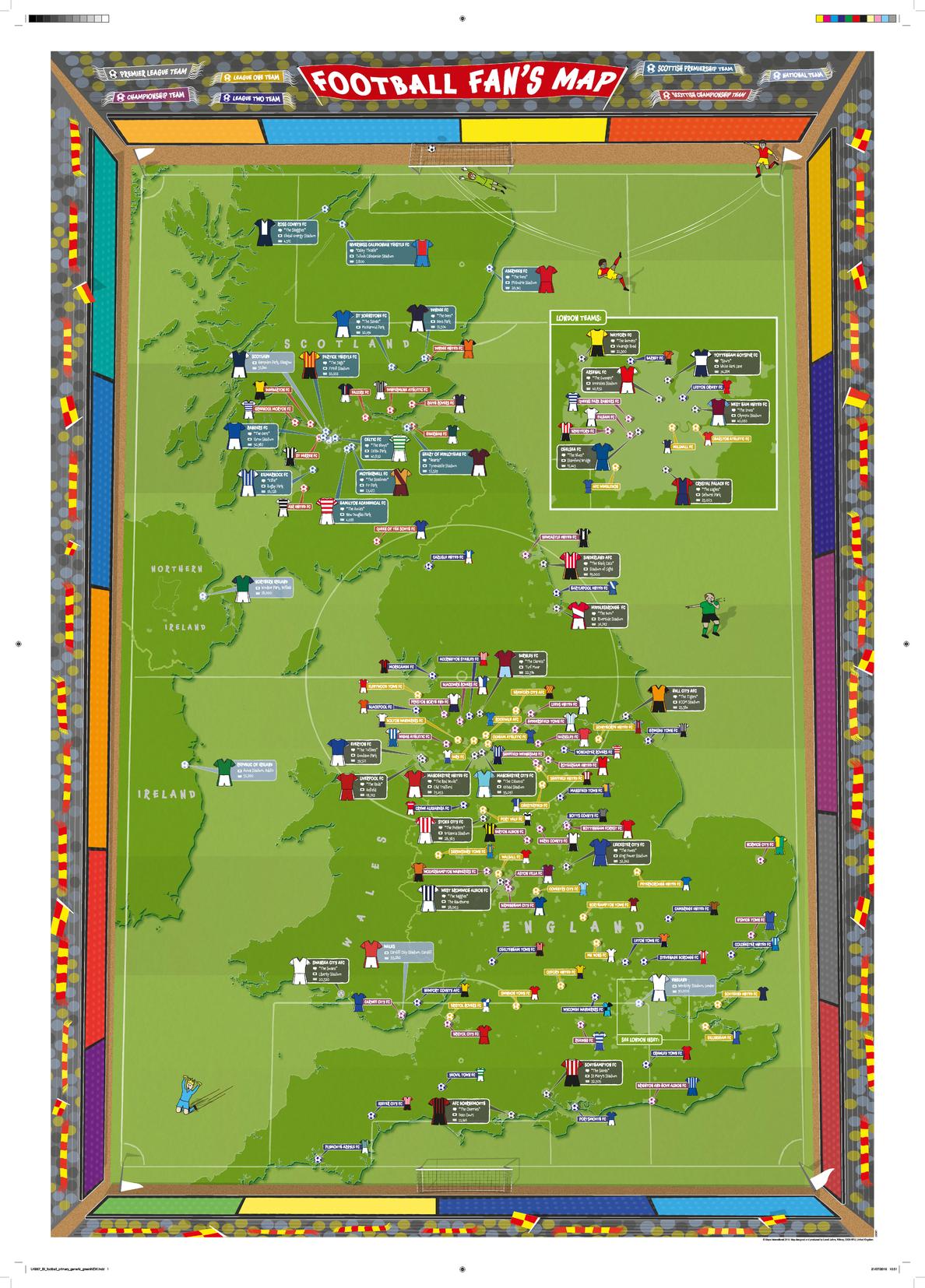