The Peters Projection World Map is one of the most stimulating, and controversial, images of the world. When this map was first introduced by historian and cartographer Dr. Arno Peters in Germany in 1974 it generated a firestorm of debate. The first English-version of the map was published in 1983, and it continues to have passionate fans as well as staunch detractors.

The earth is round. The challenge of any world map is to represent a round earth on a flat surface. There are literally thousands of map projections. Each has certain strengths and corresponding weaknesses. Choosing among them is an exercise in values clarification: you have to decide what's important to you. That is generally determined by the way you intend to use the map.

The Peters Projection is an area accurate map (equal area map). This map shows all areas; countries, continents and oceans, according to their actual size. Accurate comparisons become possible. The Peters Map is an equal axis map. All North-South lines run vertical on this map, thus geographic points can be seen in their precise directional relationship. The Peters Map shows equal positions. All East-West Lines run parallel, thus the relationship of any point on the map to its distance from the equator or the angle of the sun can readily be determined. 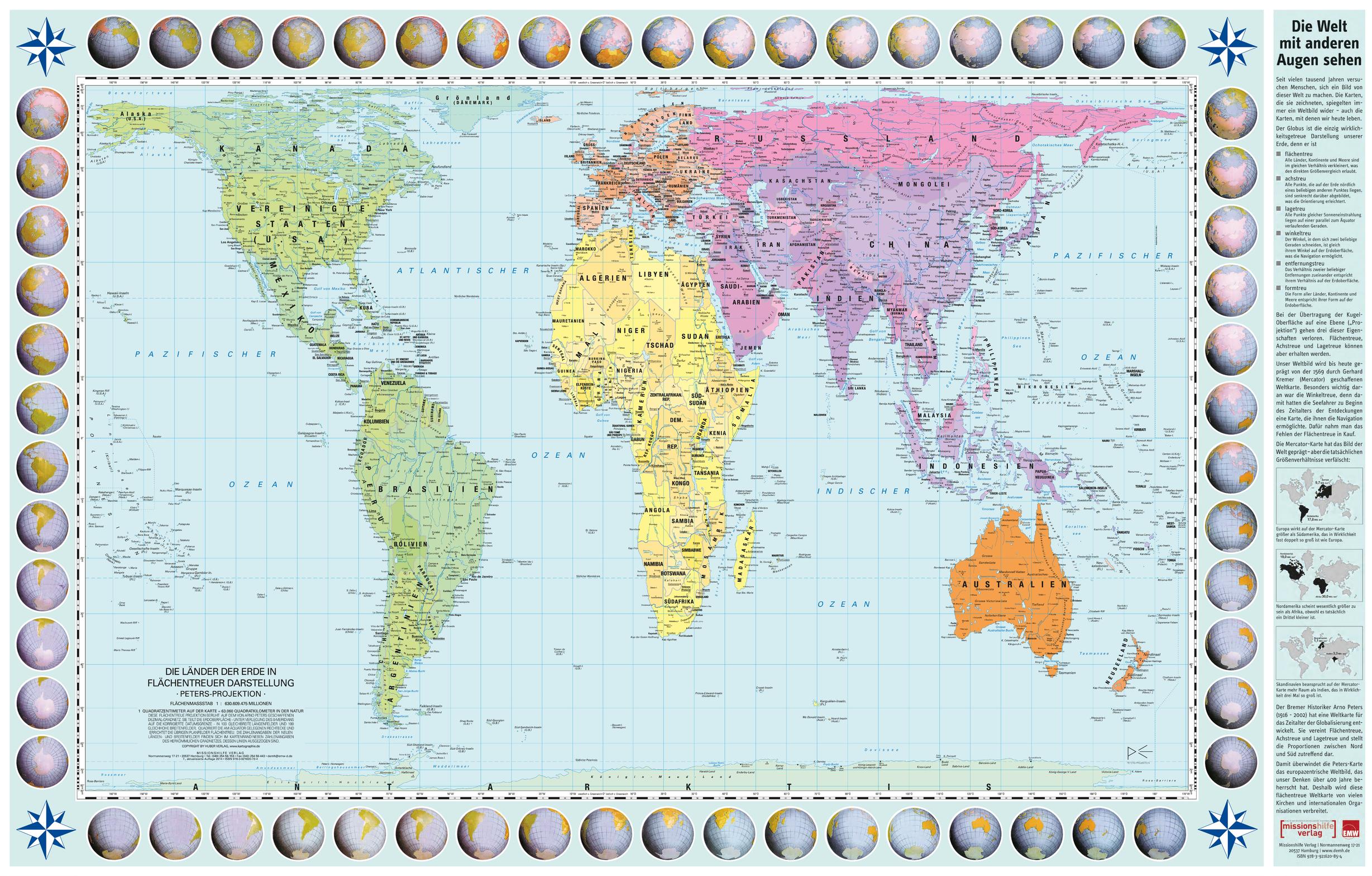