This Ukrainian-language wall map presents territories of the ancient principalities of Ukraine: historical towns where Russian monuments have been preserved. The map shows all towns which were mentioned in the Chronicles - annual accounts of events and stories - whose compilation started in the 10th century. Also included are towns found through archaeological study of the region. The historical place names, the date of their first mention in the Chronicles, and places of battles are included.

An inset map presents the KievanRus under the rule of the prominent princes: Yaroslav the Wise and Volodymyr Monomakh. Map margins contain pictures of Old Russian monuments. 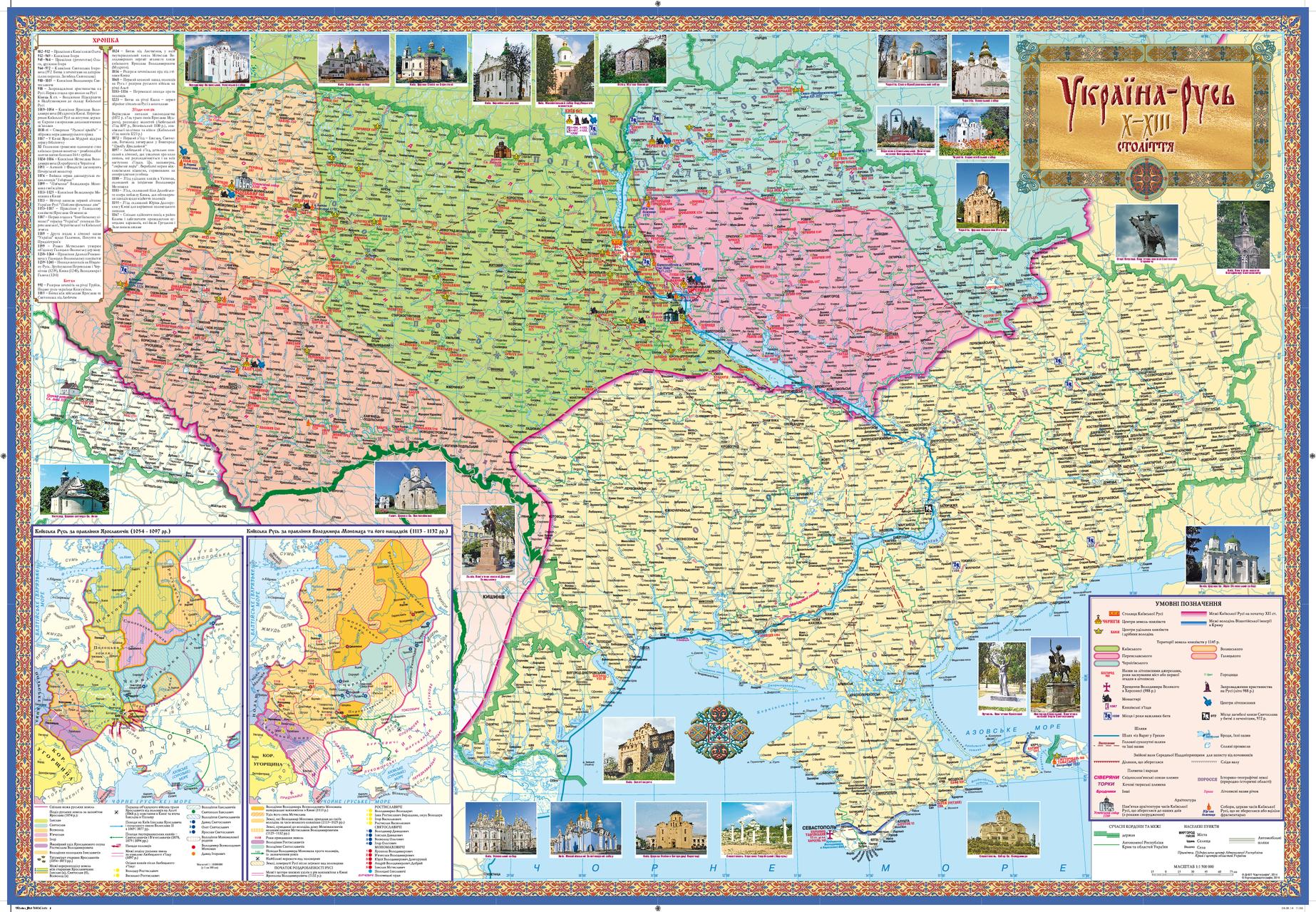