This Ukrainian-language map of the Holodomor, or Ukrainian famine, depicts a period that was brought into Ukraine by the Russian-and-communist occupants which is one of the most tragic in Ukrainian history. On the map the burial places of Holodomor victims, and monuments to death are shown.

The inset maps present districts where the losses of population were the greatest and places where farmers rebelled against the occupants' taking away of food. Map margins contain pictures of monuments to Holodomor victims in different cities and towns of Ukraine. 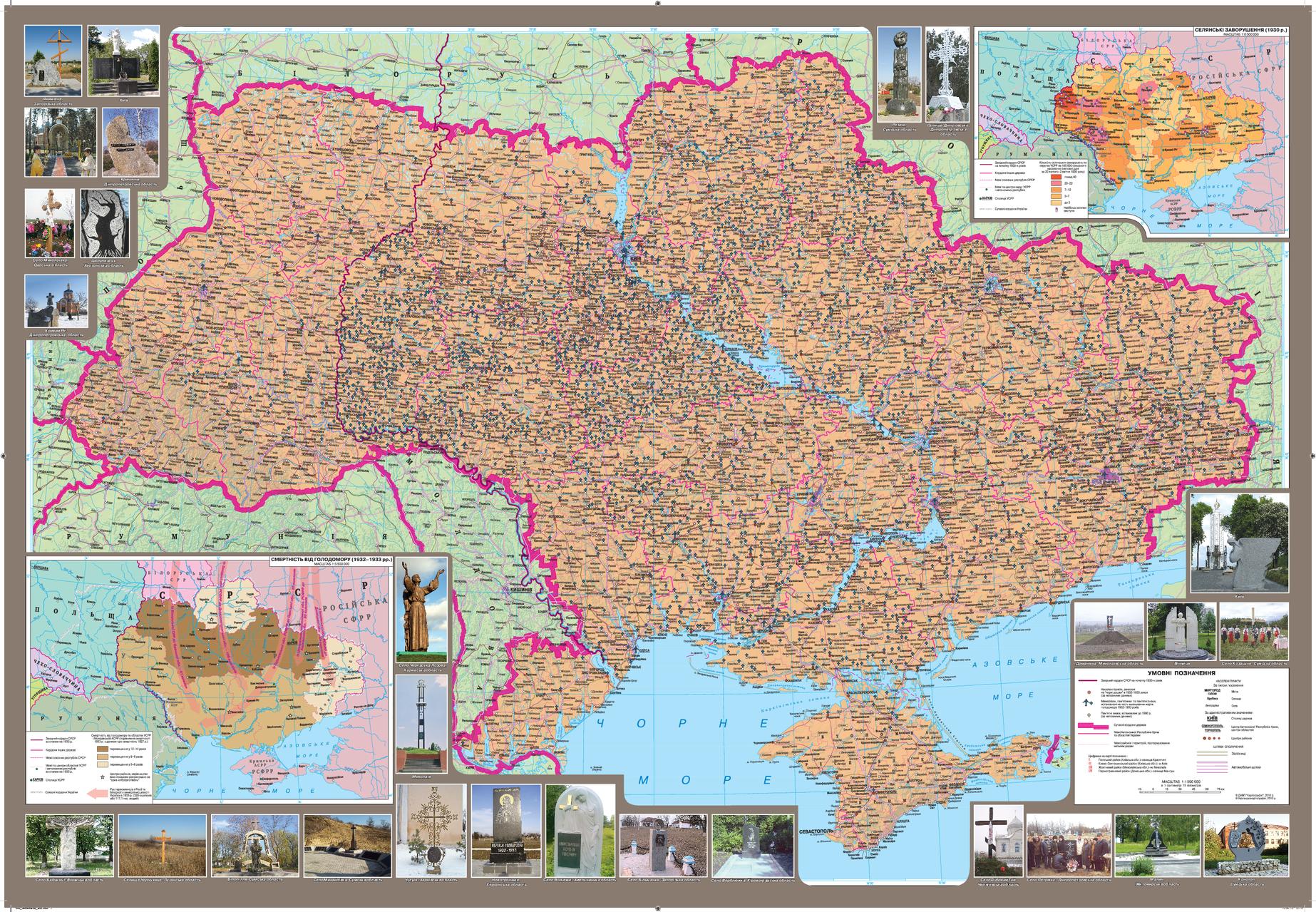