Following the resolution of its maritime boundaries dispute with Australia, and the formation of a new maritime border, Timor-Leste is in a position to develop its hydrocarbon reserves.

With the launching of the Timor-Leste Second Licensing Round, by His Excellency Mr. Taur Matan Ruak, the prime Minister of the Democratic Republic of Timor-Leste, the Government of Timor-Leste released a total of 18 (eighteen) new blocks for public tender of the Productions Sharing Contracts.

Timor-Leste’s economy is heavily dependent on oil and gas.

According to recent reports the oil sector accounted for 48% of the country’s GDP, 97% of exports and 46% of total imports (in 2015). Production is rapidly declining and exploration activities were limited, giving rise to discussions on the need for economic diversification.

Additional plans for new infrastructure could include a new oil refinery and petrochemical complex and the possible Tasi Mane LNG terminal, linked to the Greater Sunrise field.

Interest in this region is extremely topical and investment opportunities are plentiful.

As shown in the outline layout. Including a significant part of the North Western Australia infrastructure. 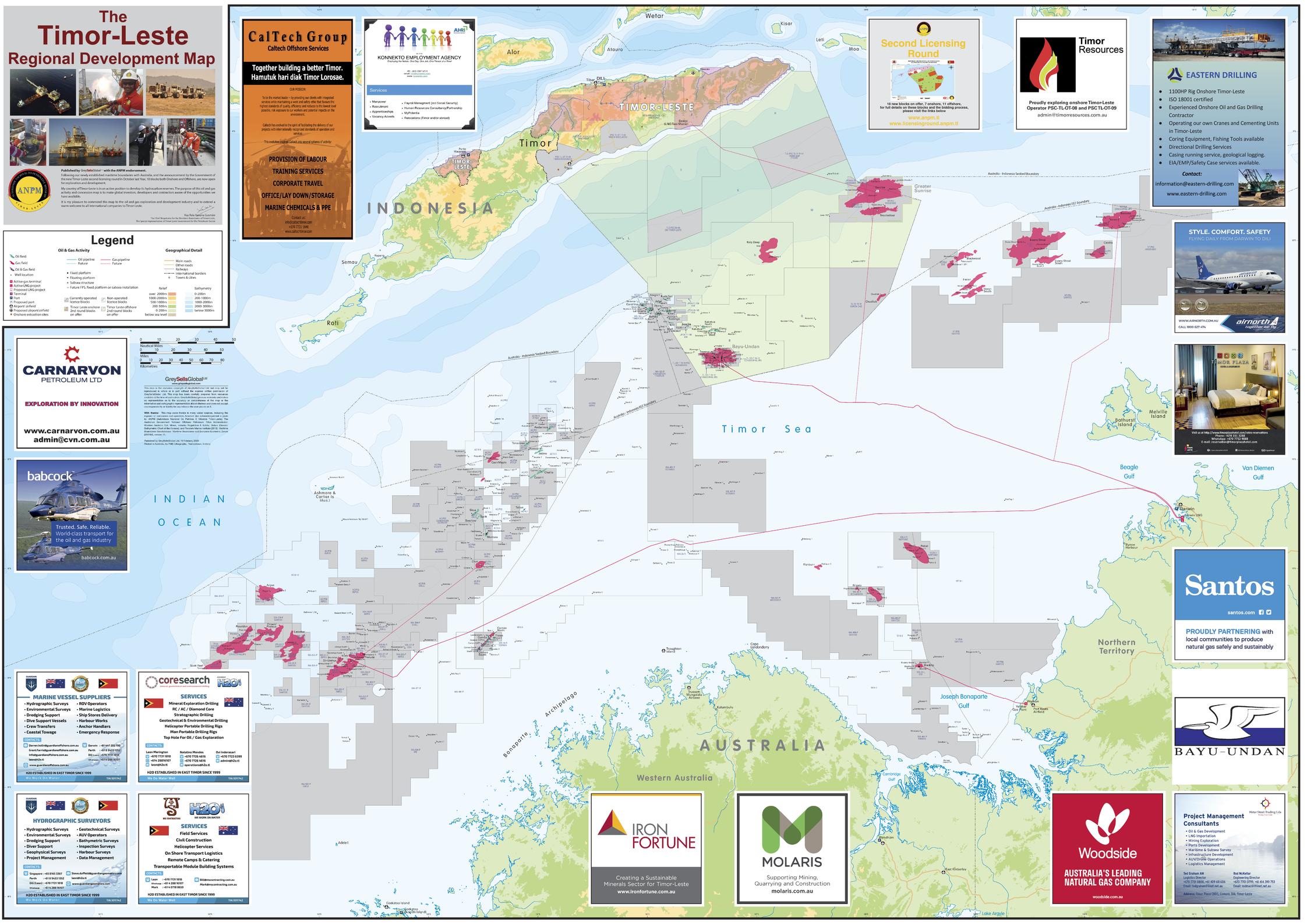