During the years 2010 to 2014 the South & East Africa region was making world-class gas discoveries, namely Mamba, Windjammer, Golfinho, Zafarani, Chaza, Mamba and many more. Leading to estimates of up to 370+tcf of possible gas reserves.

Super-major ENI, recently reached FID of the Coral South gas field in Mozambique, looking to develop the project through a floating LNG production facility. This could be the first of many new developments over the coming years.

Discoveries of major fields have led to legislative change. Leading to regional governments still keen to seek and retain investment from international players.

South and East Africa stands out as a global region of interest.

The development of oil and gas in this region will provide a major stimulus to the local economies and will require extensive upgrading of the existing infrastructure. Governments across the region are already looking at how to harness the rewards of the industry to benefit their economies.

As the above coverage map indicates, the full South & East African region will be featured within one single wall map. 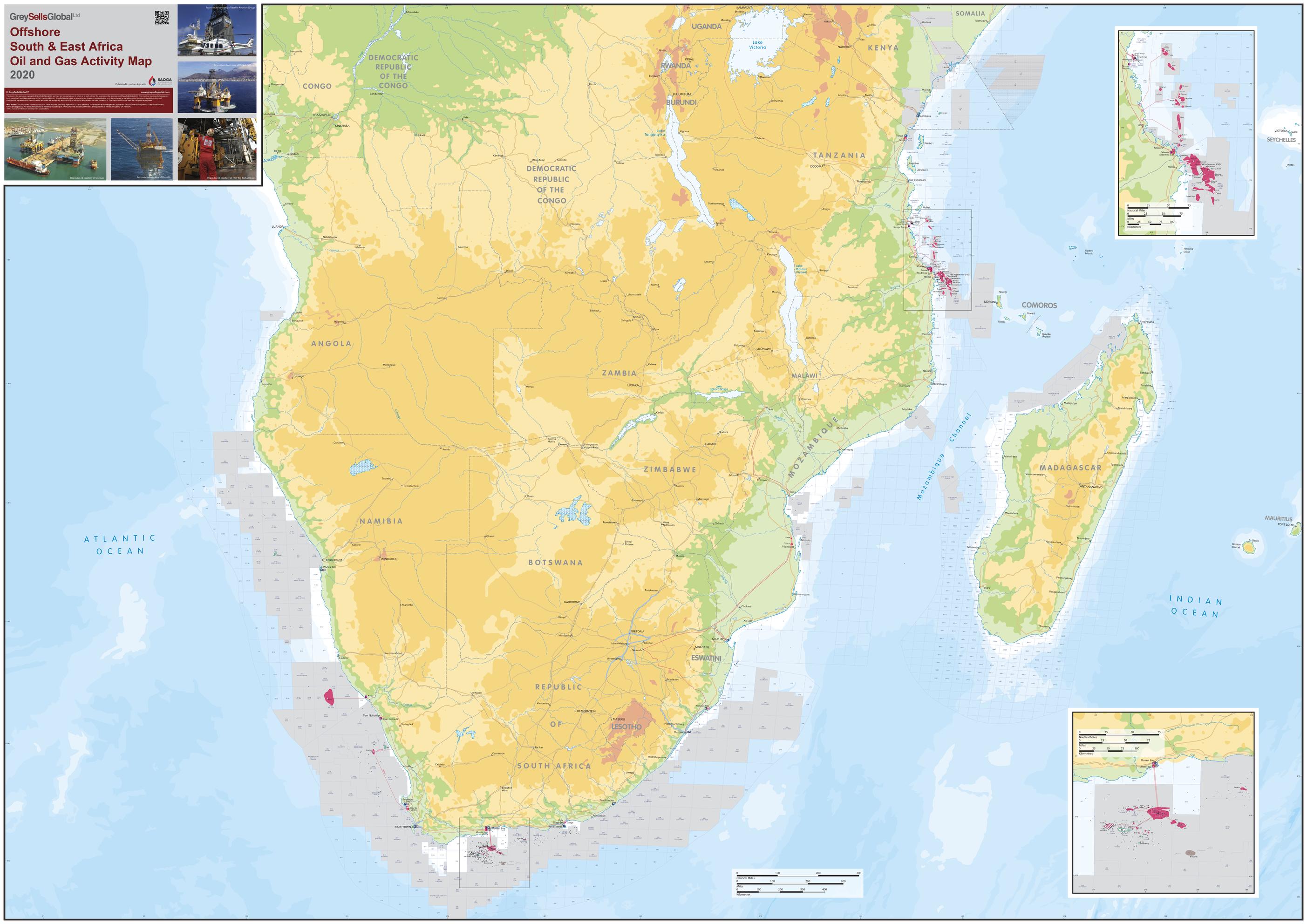