The global energy market is undergoing massive change. The focus on oil and gas projects is being challenged with the need to reduce carbon emissions and the arrival of renewable energy sources.

Two regions however, The Mediterranean and the Black Sea have seen offshore oil and gas exploration and development activity leap.

Several North Africa regions have new activity and development, but it is presently in the eastern Mediterranean Sea region that major projects developments are taking off.

Huge gas finds in Israel and Cyprus, bordering the established Egypt region, have been made.

Licencing activity has also escalated, although bringing to light questions on international borders.

The Black Sea basin, has major discoveries in Turkey, field developments in Romania and renewed interest from global majors, with new fields being developed and major pipelines being installed.

However, the installation of new Offshore Renewables projects and the future projects on the horizon are also featured within the new map, including the new Floating Wind projects offshore France. 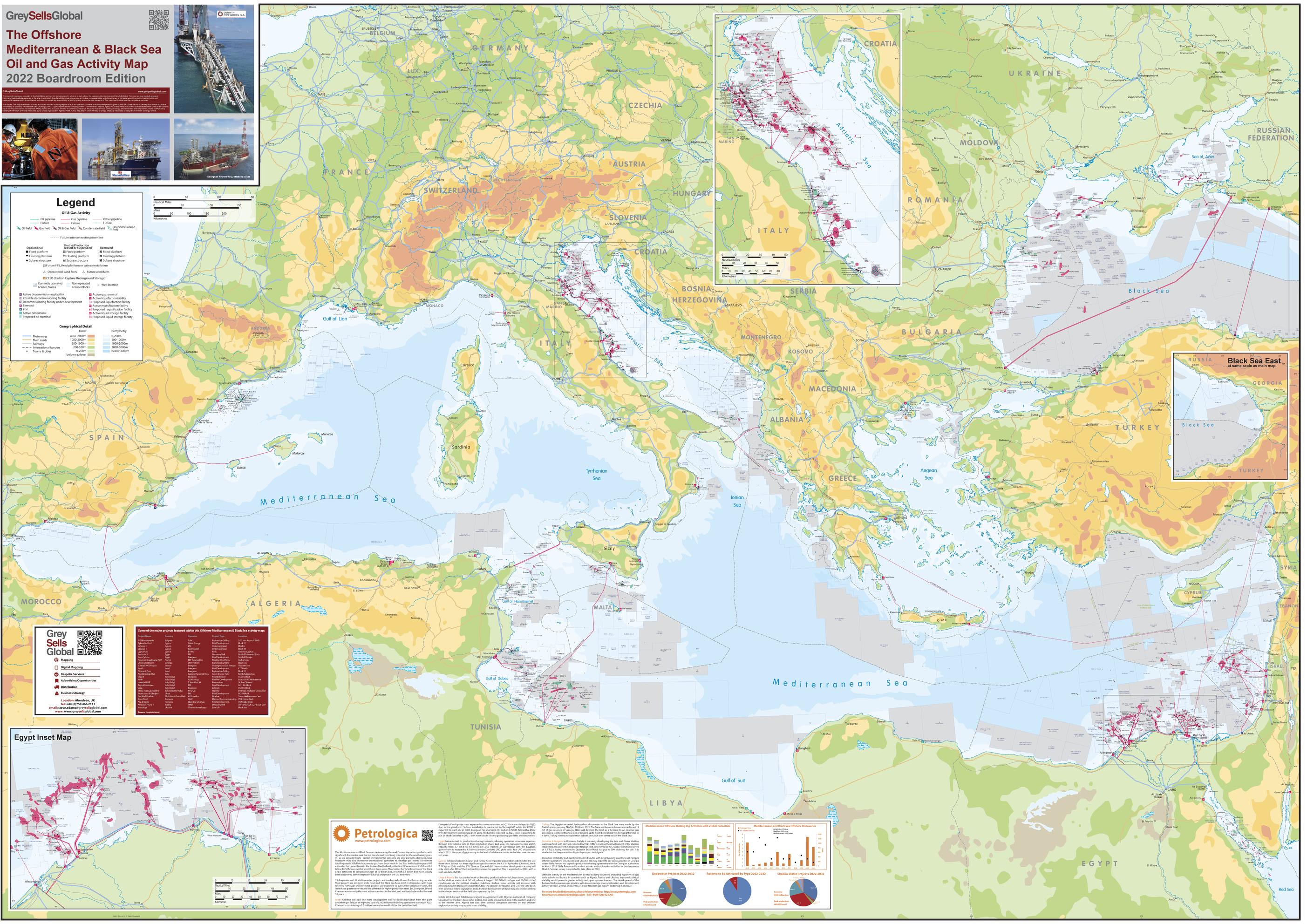