The Northwest Europe region is undergoing a massive transition away from fossilised fuels towards renewable ‘green’ energy sources and a carbon neutral footprint. Over many years, since the first oil and gas fields came on stream, we have tracked this activity and released it in many forms. We ourselves, for over 35 years, have charted this activity and released it as wall maps and within GIS mapping applications.

Now it is time to re-look at the broader Northwest Europe offshore energy sources, combining all the established (and producing) oil and gas fields, the fields with future potential to come on stream with proven reserves, in conjunction with the fast-emerging offshore renewables activity of wind and wave projects, the locations of new carbon capture projects and the establishment of hydrogen production and storage hubs. 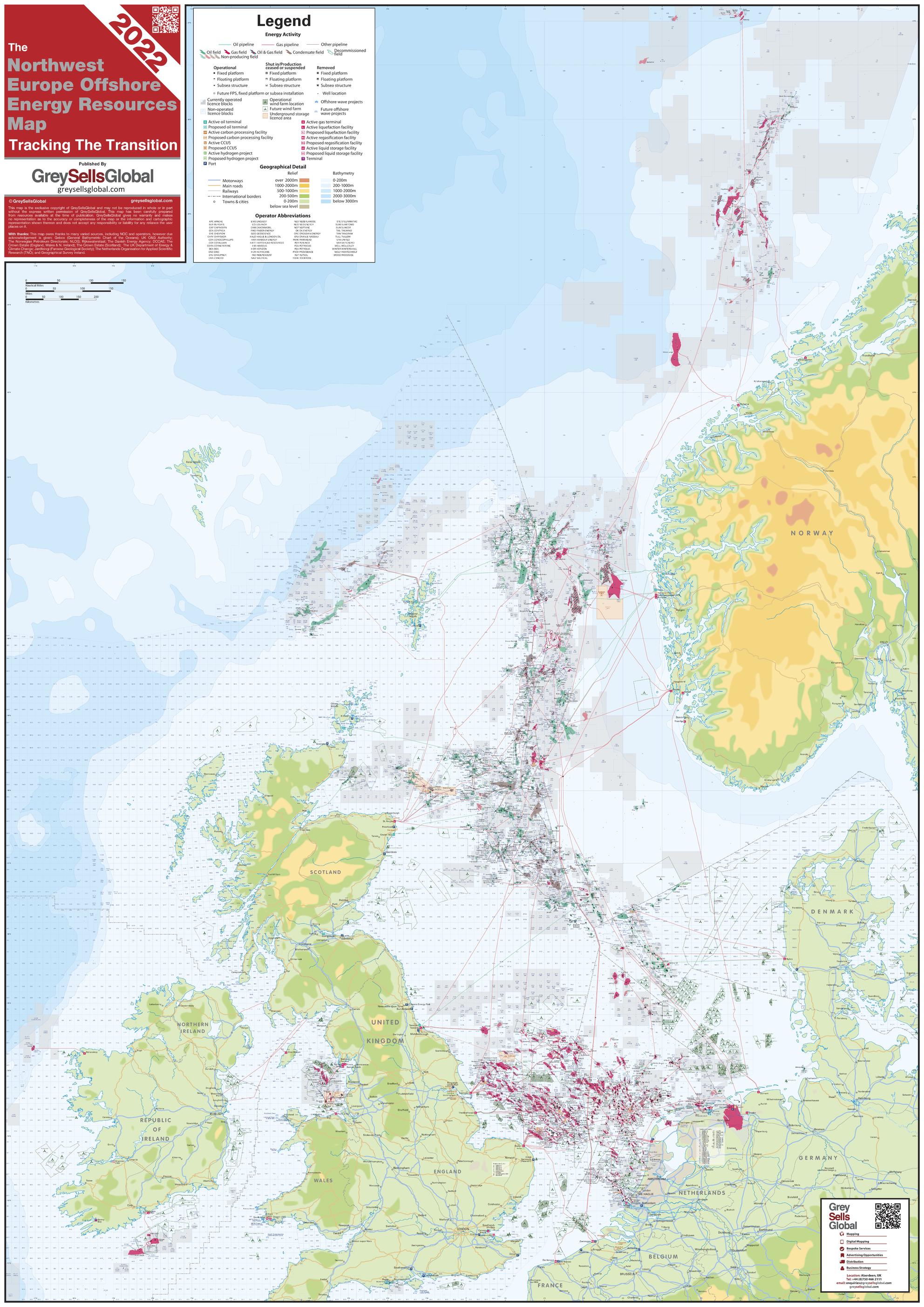