This detailed reference map combines four maps in one - a regional map of the Seattle metropolitan area, street-level maps of downtown Seattle and Tacoma, and an area map of Olympia, Washington - Washington’s state capitol, located southwest of Tacoma. The regional maps of Seattle and Olympia depict the area’s cities and towns, highways and roads, and a variety of points of interest. Bainbridge Island, Bremerton, Bellevue, and Everett are among the cities surrounding Seattle that are featured on the Seattle regional map. The highly detailed insets of central Seattle and Tacoma show highways, streets, parks, landmarks, and other points of interest. The Seattle Center, Belltown, and Pioneer Square are among the neighborhoods featured on the downtown Seattle map. Also available in a small size of 14.50" high X 11.25" wide 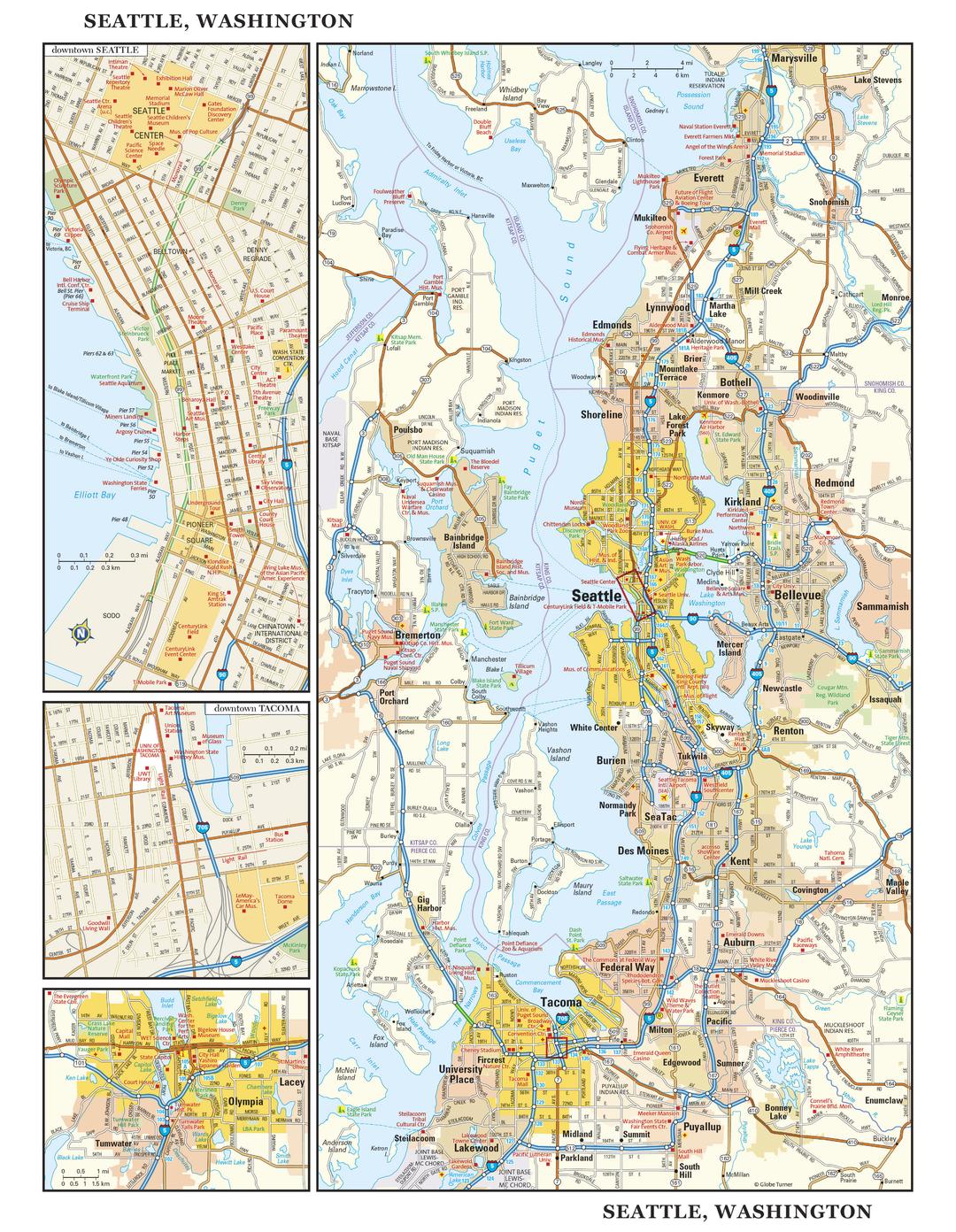