Perfect for home, business, or school, this Contemporary World Wall Map with Flags combines bright, attractive colors with high-detailed cartography. Details on this World Wall Map include: international boundaries and national capitals along with other major cities; major physical features such as mountain ranges, major mountain peaks, island chains, and deserts; major water features such as oceans, seas, gulfs, and rivers; and national flags of each country. Special features include ivory-colored oceans and a black decorative border. This map of the world uses the Van Der Grinten projection. The 2020 edition features several city-name changes in Alaska, Angola, South Africa, and Turkmenistan. In addition, the colors of many flags have been altered slightly to reflect the Pantone values recognized by the London Olympic Committee for the 2012 Summer Olympics as each participating country was required to approve their own flag design submitted by the LOC. 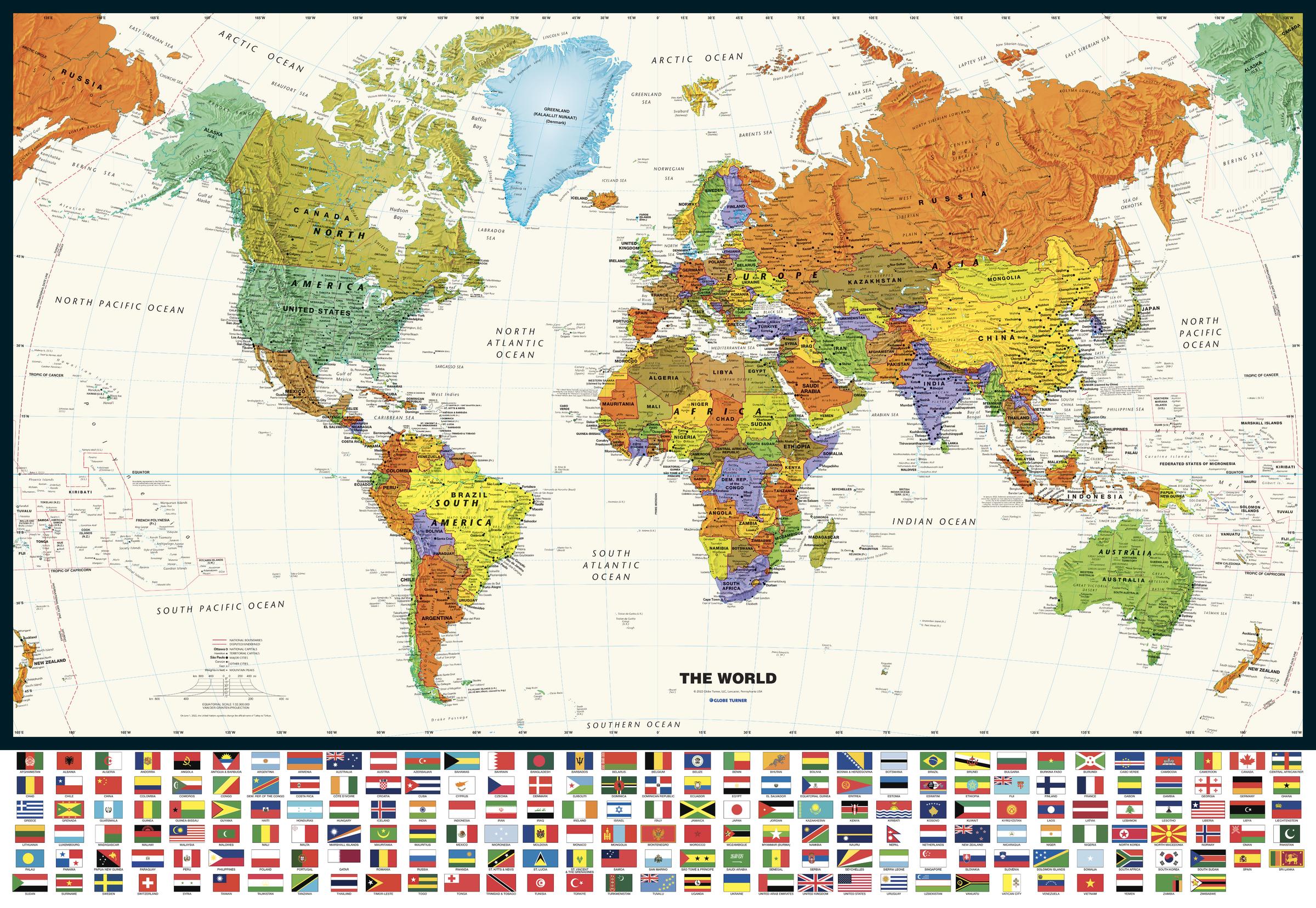