This detailed reference map combines two maps in one - a regional map of the Chicagoland area plus a street-level map of downtown Chicago. The regional map shows the area’s cities and towns, highways and roads, and a variety of points of interest. Joliet, Aurora, Elgin, and Highland Park are among the suburbs near Chicago that are featured on this map. The highly detailed inset of the Chicago central business district shows highways, streets, parks, landmarks, and other points of interest. The Loop, Printer’s Row, Chinatown, and the Near North are among the neighborhoods shown on this map. Also available in a small size of 14.50" high X 15.00" high. 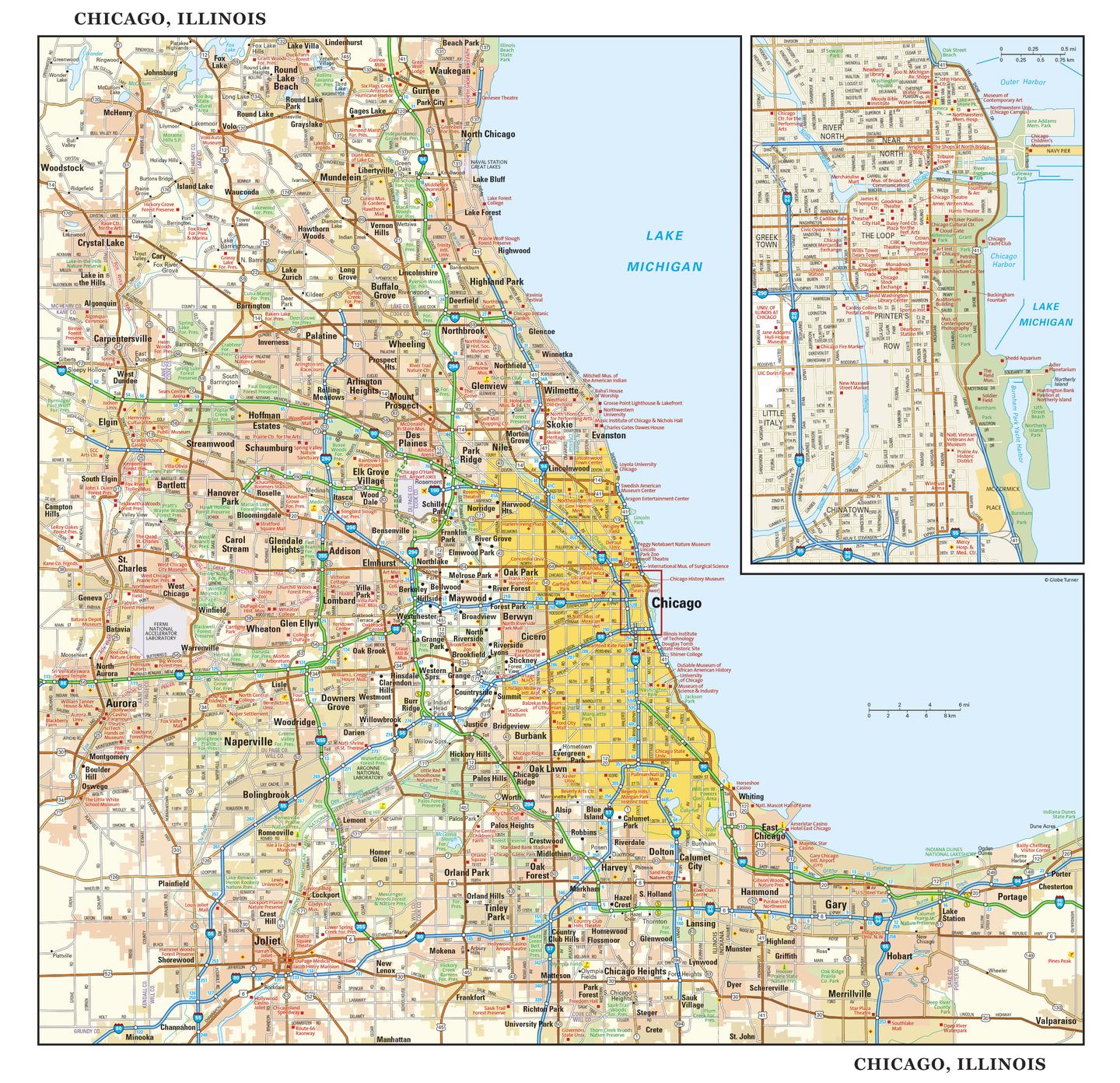